If you have clicked this link you are obviously a glutton for sadness like me. Well, have no fear ladies and gentlemen, because I have compiled a list of the seventeen movies that are guaranteed to make you get your ugly cry on. Get your tissues and credit cards ready because if you do not have these movies in your collection you’re going to want to get them.

The story of a terminally ill woman who has to learn to accept her former husband’s new lover, who will be their children’s stepmother.

How death-row prison guards on E block’s Green Mile have their daily routine interrupted by new inmates, a friendly mouse, and a maliciously unprofessional co-worker with a supernatural twist.

An epic love story of a poor young man falling in love with a rich young woman. How they were separated due to their social class differences and brought back together again.

How a young widow restarts her life with the help of her late husband.

The story of an incorrigible dog that taught his family to have unwavering love and patience throughout his years.

See the horrific events of the Holocaust through the eyes of two young boys.

An incredible biopic centered around the great British physicist Stephen Hawking and his mind-over-body struggle with motor neuron disease.

A story of the tragedies and triumphs of two star-crossed lovers battling cancer.

A new beautician arrives in a small Louisiana town, finds work at a local salon, where a small group of women share a close friendship and welcome her into their group.

The story of a young boy and his beloved dog.

The magnificent story of a simple man’s odyssey through the latter half of the 20th century American history.

A man journeys through heaven and hell to bring his family back together again.

A young aristocrat girl falls in love with a poor artist aboard the luxurious, but ill-fated Titanic on its maiden voyage.

The story of two drifters trying to make enough money during the depression to make their dreams come true.

A fantastic fantasy story of a man who ages backward.

The journey of a girl who gets a chance to change her path in life by getting accepted into an alternative school.

Let me know if I missed one of your favorites in the comments below. 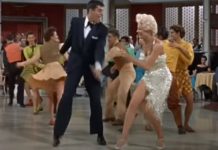 Jobs People Have That You Don’t Realize Exist