If you’re getting tired of boring old parades, it might be time for a road trip to one of the following destinations. These cities have done a 180 from regular parades and created their own with some extra flair.

So if you dream about being a mermaid or are a member of some weird club, add these parades to your bucket list.

For 35 years, people have dressed up as mermaids once a year on Coney Island. Their Annual Mermaid Parade is full of floats and people resembling the fictitious sea creature. Of course, the Aquatic Ape Theory suggests mermaids may have existed.

If you have a car that you’ve always wanted to dress up, your dream could come true. The Annual Houston Art Car Parade features cars as moving works of art. So grab some paint and let your imagination run wild.

If you agree that parades are long and life is short, then have we found the one for you. The World’s Shortest St. Patrick’s Day Parade in Hot Springs, Arkansas is just under a hundred feet long. So get your green on and party the rest of the day away.

4. Walk A Mile In Her Shoes Parade

Every year, hundreds of men take to the streets of Toronto, Canada for the Walk A Mile In Her Shoes Parade. It’s done to raise awareness about violence towards women while actually walking in their shoes. Hint: high heels hurt.

The Pasadena Doo Dah Parade is the place for all things weird. Every year in Pasadena, California, people get dressed up in outrageous costumes and march in one big parade. Some previous parades featured chainsaw-wielding rabbits and Uncle Sam on a bike.

The Las Fallas Parade is held every year in Valencia, Spain. It’s basically one big festival of fire. A lot of time, money, and effort is put into decorations that are eventually set ablaze. A good place to visit if you need to decompress via arson.

7. The Easter Parade and Bonnet Festival

The Easter Parade and Bonnet Festival is very New York. It takes place every year on Fifth Avenue and features people wearing their Sunday best. While many people wear classy head attire, the above photo shows that others like to have fun with it. 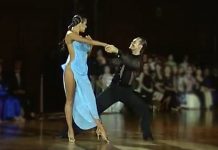