A story that has captured the attention of the world recently is the unlikely story of a container ship getting stuck in the Suez Canal, effectively plugging up one of the world’s most important trade routes. It was last Tuesday (in mid-March, 2021) that the skyscraper-sized ship got stuck in the crucial canal sideways. The obstruction caused by the ship blocking one of the busiest canals in the world has created an estimated cost of $9 billion U.S. dollars in terms of global trade, not to mention the strained supply chains that were already suffering because of the COVID-19 global pandemic.

This urgent issue got a lot of media attention because of its financial impact on the world, but the fact is, large ships frequently pass through the world’s great canals, most of which were built in an era before the massive ships that now pass through them daily.

A huge container ship has been set free after it was stuck on Egypt's Suez Canal blocking other ships from getting through.

A small fleet of tugboats wrenched the bow of the Ever Given from the canal's sandy bank where it had been lodged since last Tuesday. pic.twitter.com/qUTxHX8NJM

Size of the Corinth Canal in Greece

In Greece, the Corinth Canal is the world’s deepest waterway that’s manmade. The walls soar a majestic 79 meters (260 feet) high and in some areas, the canal is as narrow as 82 feet (25 meters) wide.

The Corinth Canal is so narrow that it has to be frequently inspected by an engineering geologist, Haris Saraglou, to make sure it’s stable enough for large ships like the massive cruise ships that have become commonplace. The canal connects the Saronic Gulf in the Aegean Sea to the Gulf of Corinth in the Ionian Sea.

It was in the classical times that the canal was originally proposed and the first attempt to create it failed in the 1st century A.D. In 1881, construction started again, but it faced financial and geological problems, which ended up bankrupting the original builders.

Completion of the Corinth Canal

This narrow canal was finally completed in 1893, but because it’s so narrow, it has to be closed periodically for the repair of the landslides that happen from its deep walls. Because it’s not easy to navigate large ships through the Corinth Canal, it’s mostly used for smaller recreational watercraft.

Occasionally, a big boat goes through the canal and it’s so rare that it’s newsworthy. In the video below, you’ll see a 195-meter cruise ship passing through. There are literally only inches on the sides at the narrowest points.

This was actually a historical moment for everyone on board because the MS Braemar was the widest and longest ship to ever cruise through the canal. Watch below.

WOW. That is all.

This Super Luxurious Motorhome With Built-In Garage Can Be Yours for $1.7 Million

A Salt Mine With Chapels, Underground Lakes, and Chandeliers Made of Salt 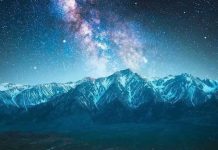