Twitter is known for its outstanding use of sarcasm and wit as well as its trending topics that allow everyone to weigh in on anything of substance. But sometimes, a hashtag comes along that binds everyone across continents together in the most unexpected ways.

But, there are some trends that do not come from news stories or outrageous attacks, and are simply meant to find common threads between people in the oddest of places.

Enter in: useless facts about yourself. The trending hashtag took Twitter by storm by uniting the corners of the globe in its race to bond everything together through meaningless supplemental facts that no one in their right mind would even care about.

If I post a tweet with a grammar mistake I pray nobody has liked it yet so I can delete it. #UselessFactsAboutYourself

i am terrible with compliments, but i love them. #UselessFactsAboutYourself

#UselessFactsAboutYourself
I'm not funny in real life either

Forever writing out a shopping list.. then leaving it on the side at home ? #UselessFactsAboutYourself pic.twitter.com/JbKzTutdez

And Your Incredible Life Hacks I’m Now Stealing For Myself

I used to tell everyone I was allergic to coconut when I was younger because I didn't like the taste??#UselessFactsAboutYourself

#UselessFactsAboutYourself When I was 17 I was a candle maker, this is 1 of mine that lasted over 30yrs pic.twitter.com/8JSV2Icq0l

And Your Weird Habits

If I like you, I give you a nickname known only to myself. #UselessFactsAboutYourself

So. Many. Weird. Habits.

#UselessFactsAboutYourself
I sing the "Toys R Us" jingle out of the blue.https://t.co/b313DOmEeM

I never did memorize my times tables

Whatever it is, Twitter cares about it. Because if it matters to someone somewhere, enough people will align with your thought pattern and bring you all together in trending, harmonious success.

What is the most useless fact about yourself!? Feel free to leave a comment below. Who knows? You might even find a new best friend who can relate! 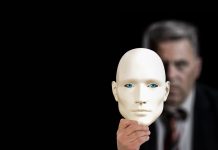 31 Psychology Tricks That Actually Work On Anybody (Video)

Jenga Game Made From 100% Recycled Fishing Nets: The Best Christmas Gift You Can Give (To Loved Ones AND The Environment)

You’ve Been Curling Your Hair All Wrong: 21 Ways To Use Your Flat Iron For Fabulous Curls