Perhaps one of the many jobs that are thankless is the delivery sector. They would deliver packages to thousands of families every day, and would not even see the people they deliver it to that often. Most of the deliveries are just left by the door. So even if they wanted to, homeowners don’t often get to say thanks to their drivers.

TikTok user @heyo.Skim thought about that and decided to leave a basket with refreshments and snacks on their front porch. She also left a note and taped it on the basket. It said, “Thank you for delivering our packages 🙂 Please take any water or snacks – we hope you have a great rest of the day!” 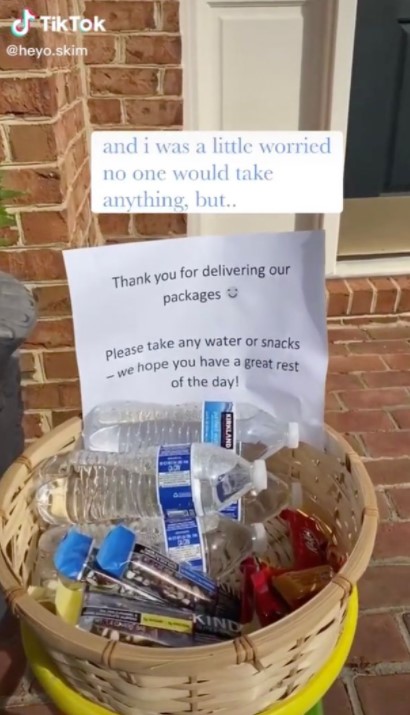 At first, she said that she was afraid that nobody would even take anything, but then there were those who got some snacks and some took water. But one particular Amazon driver got her (and the internet’s) attention when she saw in her CCTV what the driver did after getting some snacks. It was such a surprise that she had to share the video on TikTok. 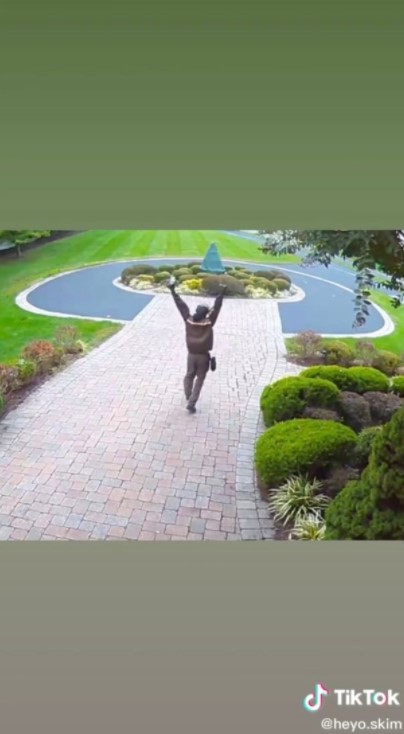 In the video, an Amazon driver can be seen walking from the door just after leaving a package and obviously getting a snack too. You can see the driver do a little thumbs-up gesture before throwing her hands in the air. When the driver reaches the end of the pathway, she even did a happy jump and continued skipping down the driveway.

In the comments, the woman also said that she was thankful to the driver for parking her truck outside and gate and walking all the way to the door because the driveway has just been sealed. It is quite heartwarming to see these kinds of genuine happiness. Truly, a small kindness can go and make a day 10x better.