The Best Stuff Online
Home Music 12-Year-Old Drummer Gathers a Crowd as She Pretended to Be a Beginner...
1.4k
ShareTweetStumbleRedditPin
PocketTumblrLinkedinBuffer

Talents are abilities that come naturally to someone that has been developed and nurtured. And the sense of delight and lasting fulfillment is when we were able to share it with others. Through this, we give joy to them and, at the same time, get to exercise our talent.

The twelve-year-old drummer girl Kanade Sato put up a surprise show when she pretended to be a beginner at a Japanese shopping Mall. She gathered a huge crowd even if they think she was just playing around and already given her applause. But the crowd went awed when the tempo started to reach its peak. She showed her magnificent performance that everybody was stunned and went wild after the presentation that she was given a loud cheering. 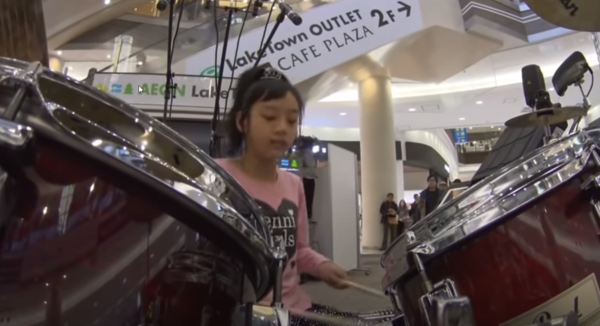 Kanade Sato started playing drums at a very young age of three is from Saitama Prefecture in Japan. At age five, she started her formal lessons in drumming. The young musician performs on weekends with her amateur drummer father at a local park. At the start of her drum lessons, she performed at a school concert doing “Child’s Anthem” by Toto and “Spain” by Chick Corea. Two challenging pieces even for experienced drummers to play. 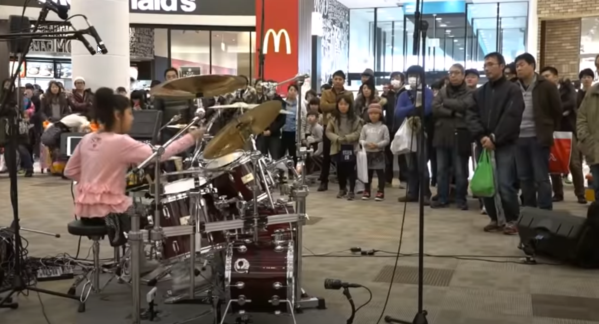 She then started her journey to the exciting world of music when she was given a chance for the first time to perform on stage with professional musicians. She was awarded First Place in the Junior Division of the V-Drums World Championship in Japan that led her to be a part of the Roland family. She then demonstrated the HD-3 V-Drums lite and all her videos were uploaded to the Roland YouTube. She won the 2014 Grand Prize Winner, an annual global drumming contest for a female percussionist. Watch and get to know more of the drummer girl.

What a nerve-racking performance, isn’t it?!