The Best Stuff Online
Home Animals Raccoon Has a Hilarious Reaction When It Realizes Its Grapes Are Gone
1.2k
ShareTweetStumbleRedditPin
PocketTumblrLinkedinBuffer

We’ve seen too many dog videos and the internet revealed that the world was drawn to cat videos, really? With pun intended, it’s raining cats and dogs in cyberspace. At least for now, it would be more fascinating to share the limelight with another cute and cuddly furball called raccoon. Thanks to “Rocket” from the movie franchise “Guardians of the Galaxy,” more people want to make these wild animals as their pets. If not more, raccoons are as adorable as dogs and cats, but quite a challenge to domesticate. However, their kind gestures may tempt you to adopt them as an additional member of your family.

For a spoonful of good vibes, watch this furry raccoon sitting on a sofa without any care in the world and looks so cute while eating grapes in a bowl. While munching its precious fruity goodness, it didn’t notice its owner getting all that’s remaining on the bowl. As it bows down to get his next grape, it looks like an innocent child searching every inch of the bowl. The prankster, who can’t stop laughing later gave what the poor furball is looking for. Also, it’s like the raccoon version of fat and lazy Garfield which makes it even cuter and heartwarming to watch. 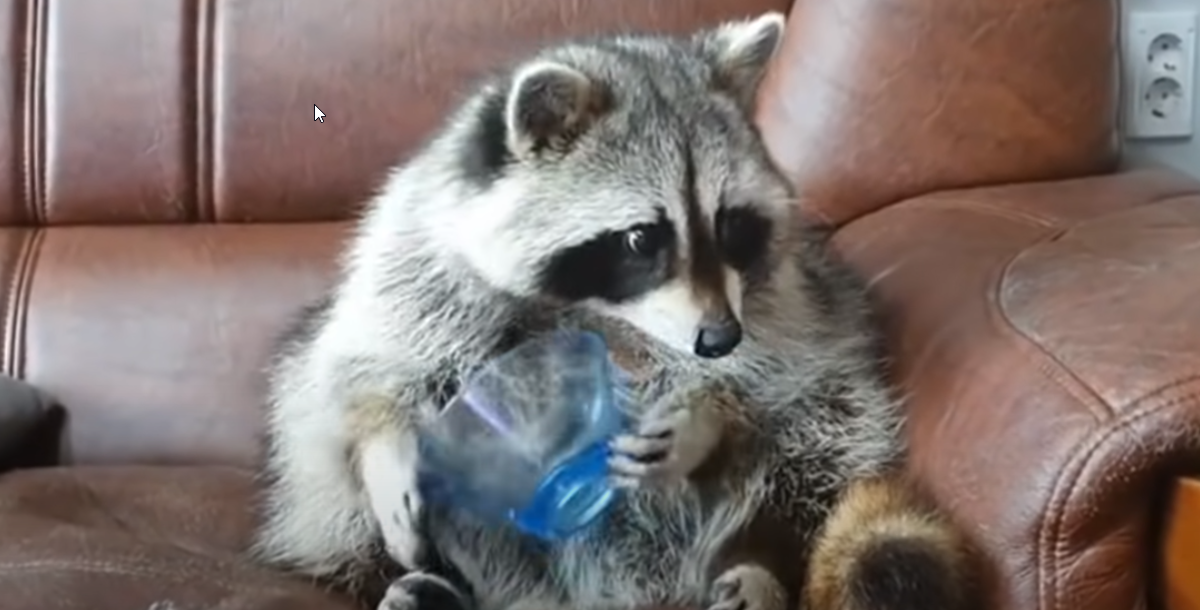 This video might seem trivial to you after noticing it has more than 2 million views. For me, it’s a cool thing to know that many still get hooked on the simplest things in life. A video of raccoon eating grapes might not seem much, but it lightens up the day of countless people worldwide. Rumble Viral, the organization behind the video, knows this well and even make a business out of it by licensing their videos. How cool is that? 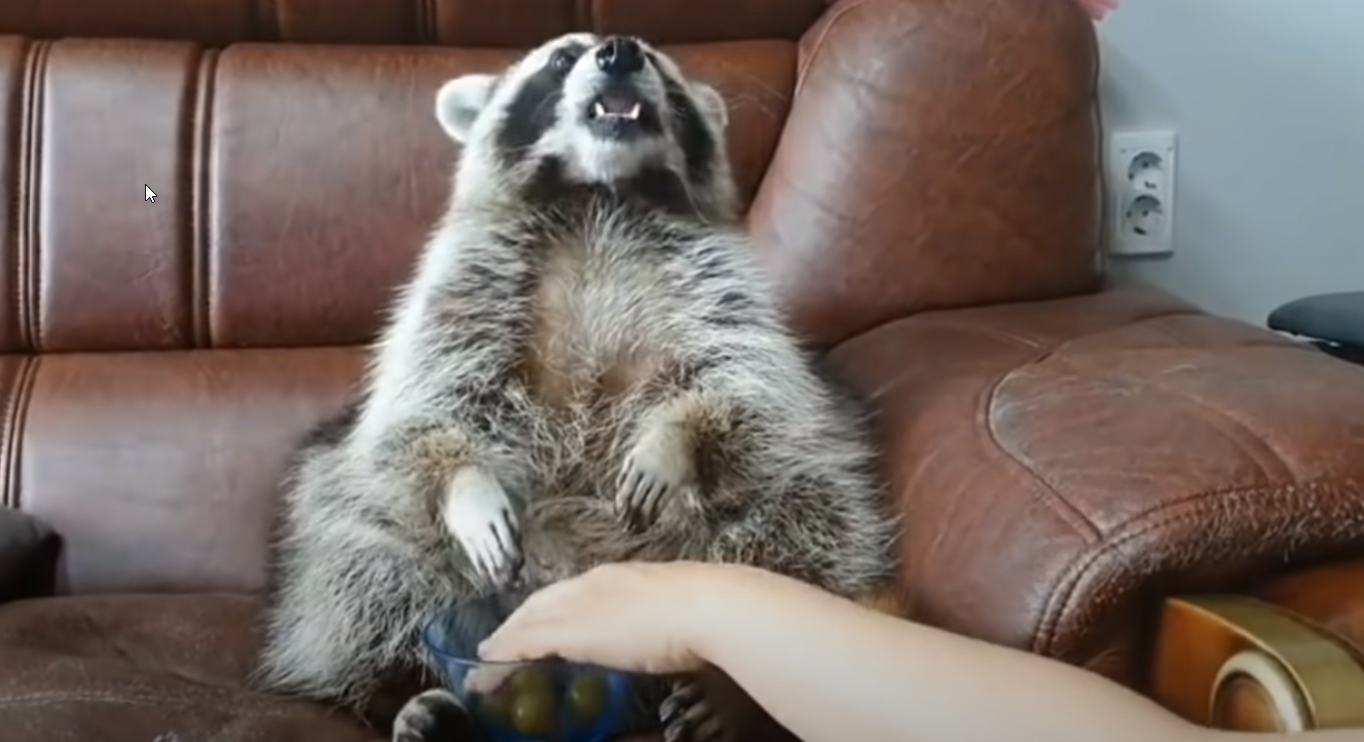 In times you felt uneasy, this a-little-bit-more-than-a-minute-video of a raccoon might unexpectedly what you need to brighten up your gloomy day. Remember, we should work hard on our jobs, but not on ourselves. If that wasn’t enough, you can check Rumble Viral for more.

In case you’re thinking of taking a raccoon as a pet, then be up for the challenge or just watch another cute raccoon video.