The Best Stuff Online
Home Music This Boy Shocked Everyone When He Joined the Playing Band and Improvised...
1.5k
ShareTweetStumbleRedditPin
PocketTumblrLinkedinBuffer

Busking has been a familiar sight in the streets. But in Hongdae, Korea, busking has been a part of their life. All-day, all night, there are buskers in the area, especially around the vicinity of Hongkik University. Let us take you back to 2015, where one teenage middle-schooler had the time of his life when a professional band invited him for a bass improvisation. In the video, a young lad was pulled out from the crowd of onlookers when he was spotted by the lead singer carrying what seems to be an instrument strapped at his back.

The 15-year old young man happily accepts the invitation. The full of entertainment lead singer encourages the kid to pull out his bass and play with them- impromptu! Well, let’s see how the band sound with an unexpected guest? Minutes passed before the real thing starts. For a while, the lead singer turns the stage to a stand-up comedy show to buy time for the young lad. On the one hand, the guitarist leads the guest member for what chords they should play.

Yes, they are giving him chords right on the spot! From time to time, the lead vocals poke fun of his bandmates and the guest member who is probably shaking then. 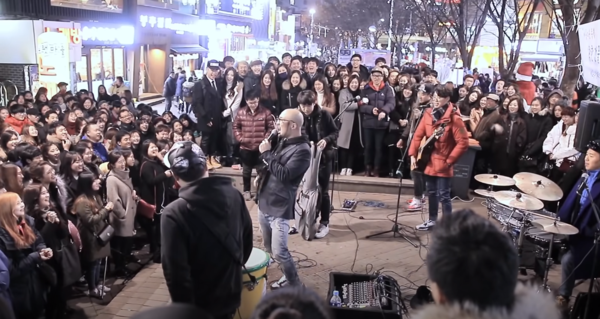 Just when everything is set, the band plays. The moment when the band started playing, the crowd starts to roar and cheer for the young man. All eyes on him while synchronizing the chords with the band members. The young man proves how good he is in hos chosen passion. What makes the performance surprising is when the lead vocals had impromptu lyrics. Whatever comes in mind, he turns them into a song. That adds to the fact that they are doing bass improvisation! 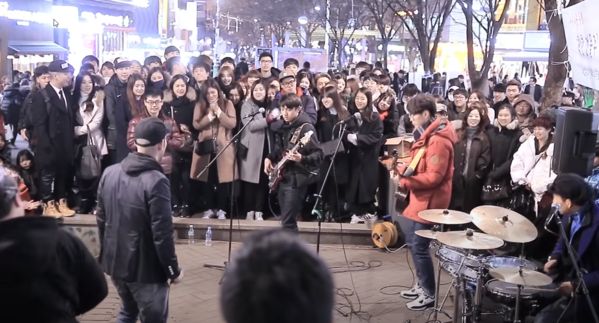 Have you seen a bass improvisation combined with impromptu lyrics for a street performance? Bet you did, but seeing an ultimate version, perhaps you haven’t? Well, you are in for a treat today! See the video below for another ray of sunshine!

Sometimes, it is fun to witness surprises. Good surprises, I mean. Just like how the 15-year old bass player surprised the crowd with his amazing skill.