What’s more romantic than having a date in a beautiful European island? Perhaps, a street musician playing tenor saxophone professionally will do the trick. Either you’re on a date, family vacation, or simply wandering alone in an awe-inspiring place, hearing Daniele Vitale’s musical performance can make your trip more wonderful. As an Italian sax player, he’s a national phenomenon that became an internet sensation. He’s known for his street performances in many scenic Italian locations and he never disappointed the crowd. 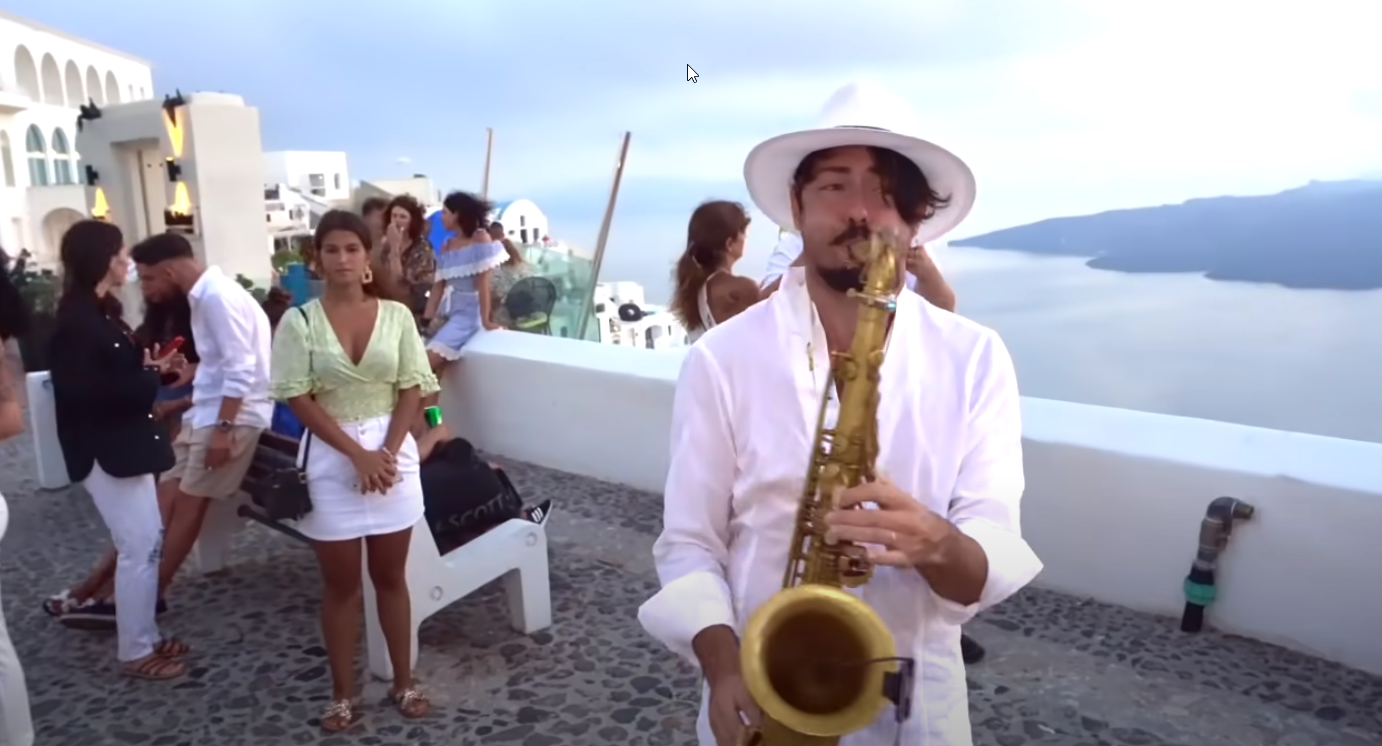 One of his musical acts was done on the beautiful Greek island of Santorini, thousand of miles from his home country. And as expected, the crowd was pleased to his out-of-the-blue performance dressing almost exclusively in white except with his Panama hat with a black strip of the so-called bond. The island was also known for buildings painted in pure white, so his music and style perfectly blended with the place. For a song to interpret with his sax, he chose John Legend’s “All of Me” with the piano background sound. He didn’t forget to connect with his audience and even caught the attention of an innocent little girl who can’t contain herself as she jumps and dances enjoying the moment. Daniel appreciated the gesture, he even gave a high five without interrupting his performance. 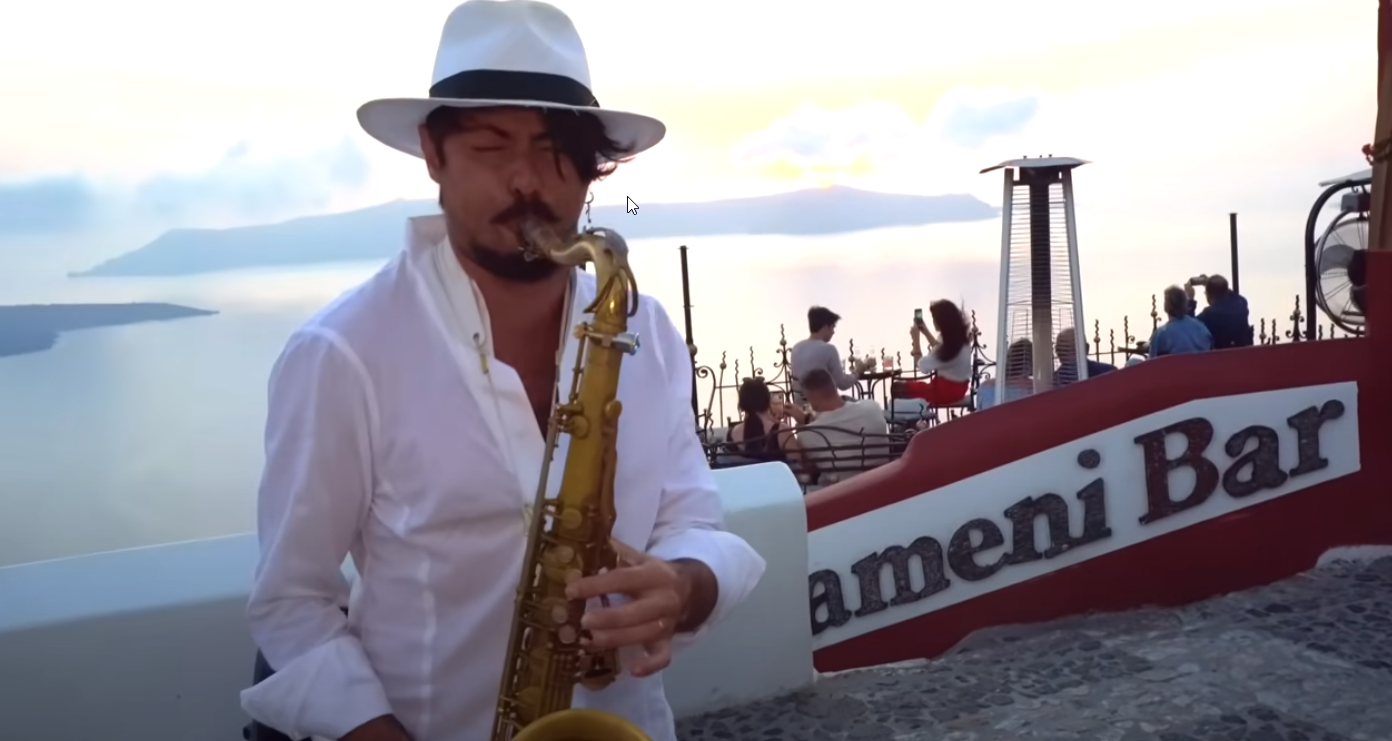 The song was already heart-warming, it became more intimate without someone singing with his harmonious blow of his chosen musical device. Watch the video to enjoy both the music and scenic views of the place.

As many people are still restricted to travel in many public places, Daniele still serves his audience with indoor performances. Like an innocent child, we can’t contain our excitement for his future street musical acts.