A black woman in Charlotte, North Carolina, woke up from surgery with braids in her hair. She had washed and detangled her hair when she went under, but someone braided it for her before surgery.

India Marshall had bone growths on her skull that required surgery. She thought that one of the kind nurses had done it, but she was shocked when she went for her post-operation appointment to discover that the doctor had done it.

“That was a complete plot twist to me. You have to think about it, he took time to do that before the surgery. He could have had somebody else do it.”

The surgeon, Dr. Jewell Greygoode, is well trained in doing braids as a girl dad himself.

“It’s something I would do for anyone,” he says.

When he saw Marshall’s hair, he knew that it would end up tangled and knotted during surgery, so he took the time to braid it for her.

“The fact that it was braided up and parted in a way where I could clearly get to all the incisions it just made my life completely easier.”

It was a simple act of kindness from doctor to patient. Marshall said:

“For me, it was an indication of somebody seeing me, and what I mean by that is seeing me as a Black woman and the things that impact me on the daily, and hair being one of them. Just to have that experience it is priceless.” 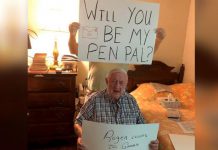 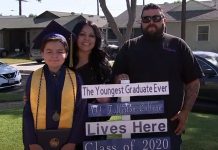 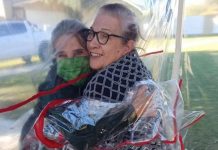