Potholes are a common sight and no matter how common they are, they still give drivers headaches. So Jim Bachor, a Chicago-based artist thought of a way to fill up these hole while having almost unlimited canvas for his art. In 2013, the pothole art project started in‌ Chicago. Since then, it has expanded to 85 mini-mosaics in various places like Los Angeles, Detroit, Italy, and the Netherlands. Bachor makes sure he fills up the holes with universally recognized icons like crushed beer cans and Cheetos bags.

“People are adoring these things, and everyone is drinking more these days,” he also added, “It’s a universal thing that everyone can relate to.”

When the opportunity knocked and some of his friends told him about 4 potholes that are close together on Gunnison Street which is just west of Broadway, he knew he had to make something out of it. He said “All four were well-defined, and the street seemed relatively stable. I couldn’t do one and leave three potholes there.”

Bachor shared that this is an “opportunity for an unexpected grin. You see something there and it’s mildly funny.” Naturally, he had to do something which is related to the Pandemic that we are going through now. What else would he create but the three things that people are hoarding – Toilet paper, hand sanitizer, and booze. The fourth one is a star meant to depict Chicago pride.

“It’s an opportunity for an unexpected grin,” he said. “You see something there and it’s mildly funny.”

All the art are depicted with halos behind them. A genius way to show how these things have been in limited supply all over as Americans stock up during the pandemic. The Old Style can? Well, I think a lot will agree that some people have relied on these booze for their solace amid this uncertain time.

Unfortunately, a truck ran over the booze hole while it was still drying but hey, it’s still art.

“Today’s Holy Trinity” the 1st multi-install of pothole art I've ever done is ready to be run over! The series of four pieces of pothole art is located on Gunnison just west of Broadway in Chicago's Uptown neighborhood. The goodie bag is attached to a telephone pole near the install. BONUS: No need to leave your house! You'll be able to watch the installation of this artwork wherever you happen to live soon. More info on that a bit later! Wash your hands. ••••••• #bachor #jimbachor #potholeart #todaysholytrinity

Here’s a video from WGN Morning News where Bachor was featured:

“I like being pleasantly surprised in an unexpected way,” he said. “Hopefully this does that.”

Learn more about Jim Bachor’s pothole art on his Instagram. 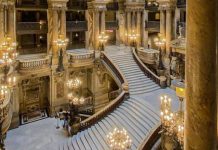 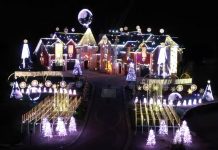 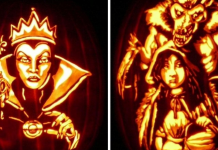