If you haven’t seen Kittenfeed.com yet, you need to check it out.

17-year-old Lucy from San Francisco dreams of working at a “disruptive tech company” and made the website to have something to add to her resumé. She definitely never thought she would wind up in the news for doing so.

Lucy minced no words when she told the Observer:

“I was going to just let this go, but I think it’s, pardon my French, f**king outrageous that the president of the United States has his team scouring the internet for sites like mine to send out cease and desists and legal action claims if we don’t shut down. Meanwhile, he tweets about The Apprentice ratings and sends out power-drunk tweets about phone tapping. HOW ABOUT BEING THE PRESIDENT?”

According to the Observer, the Trump Organization states that they did not send a cease and desist letter, though the Observer does state that they confirmed the letter.

You can try checking out Lucy’s website here, but be forewarned – her servers have been a little overloaded as of late!

Featured image via screenshot from Kittenfeed.com 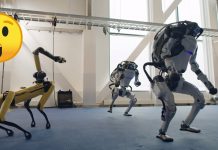 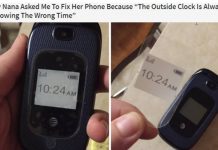