Japan is known for its quirky culture with things that are uniquely Japanese, like maid cafés and hostess clubs. It doesn’t stop there, though. Japanese food items are just as interesting. Here are 12 unusual Japanese food items that you may want to try on your next visit to Japan.

At first glance, it looks like someone left the bun in the oven too long, but no need to fear, it’s just a Kuro Burger. The Kuro Burger, which debuted in 2012, is sold at Burger King and consists of a regular hamburger with a black bun and black cheese slices. “Kuro” means “black” in Japanese, hence the name. Both bun and cheese are colored using bamboo charcoal and the burgers are topped with an onion and garlic sauce colored with squid ink.

In Japan, KitKat comes in many exotic flavors, such as strawberry, green tea, and cinnamon cookie, but one unexpected flavor is soy sauce. Yes, that stuff you dip your sushi in. Surprisingly, the color of the candy is white and the taste has been described as white chocolate with a bit of saltiness.

In another unexpected twist, two things that are completely unrelated have been combined to create octopus ice cream. Taco Aisu, contains actual octopus meat in a slushy base.

This might be the treat that you don’t have to feel guilty about. The Spicy Tomato Deli doughnut, topped with tomato and pesto, is more appetizer than dessert. The inside is filled with a slightly sweet tomato sauce. Think pizza roll instead of doughnut.

If you have $96 to spare, you can treat yourself to this luxurious gold-covered sushi roll. Created for Setsubun, a day in which roasted soybeans are thrown to bring good luck and ward off evil spirits, this gilded roll is part of another Setsubun tradition, eating eho-maki (thick sushi rolls).  If you want good luck this year, it’s gonna cost you!

In case you aren’t eating healthy enough, you can now get your daily serving of fruits and vegetables in ice cream form. You can choose from Tomato-Cherry or Carrot-Orange flavor. Whip these out next time Mom asks whether or not you’re eating enough vegetables.

If drinking coffee is getting a bit boring, you can now spread it on your toast instead. Snow Brand’s Coffee Soft is a creamy spread with the flavor of the original Snow Brand coffee drink and yes, it is caffeinated!

If you think eating raw fish is gross, then how about insects? Chef Shoichi Uchiyama, who created his own line of insect sushi recipes, suggests that insects can help feed the world’s population. I think I’ll pass on this one unless the zombie apocalypse comes.

The Densuke melon is a rare watermelon that grows only on the island of Hokkaido. It’s dark on the outside and the red fruit on the inside is said to be sweeter than normal watermelons. It better be sweeter since its price ranges from around $200 up into the thousands.

Just like NYC’s famous Cronuts (croissant-doughnuts), Japan has its own mashup in the form of Udon-uts, (udon-doughnuts). Udon noodles are twisted together in the shape of a doughnut and then fried and dusted with sugar. At a little over a dollar each, they won’t break the bank.

When it comes to Japanese pizza, you’ll never get bored. Some are topped with seafood, mayo, bamboo shoots, and seaweed, just to name a few things. Some exotic combos include Scallop Butter Soy Sauce, Mayo Potato, and Avocado Shrimp. 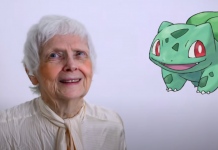 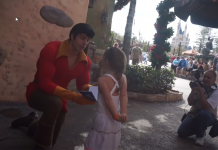 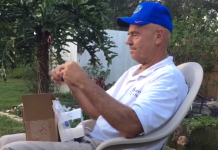