The Best Stuff Online
Home Performing Arts 15 Celebrities Who Took The Mannequin Challenge To The Next Level
1.1k
ShareTweetStumbleRedditPin
PocketTumblrLinkedinBuffer

Nexus recently compiled a top 15 Mannequin Challenge compilation video that went viral and because of its success, decided to create one dedicated solely to the most successful celebrity attempts of this popular challenge.

The list includes musical greats like Paul McCartney of the Beatles posing solo by his home piano.

American DJ and record producer/songwriter Diplo took the challenge to the next level by not only posing himself, but getting an entire rooftop party to take part.

Actress Kate Hudson also inspired an entire backyard party to momentarily freeze while she filmed it.

Talkshow host James Corden wins points for not only eliciting one room to take part in the challenge – but the entire television studio.

Britney Spears jumped on board with all of the staff behind her Vegas residency rising to the challenge.

Watch the full video below for other celebrity challenges successfully accepted. 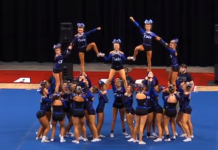 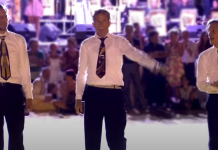 3 Guys Smile, Then Break Out Into Mindboggling Moves That Drive the Crowd Insane 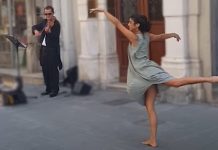 When Family Stops to Listen to Street Musician, Dad Asks Daughter to Dance and It Changes Everything