The Best Stuff Online
Home Maps 7 Maps That Will Blow Your Mind And Change Your View Of...
1.4k
ShareTweetStumbleRedditPin
PocketTumblrLinkedinBuffer

Maps serve so many different purposes. They can help you find out how to get somewhere, they can show us where things are, or you can just use them to take a look at a certain place or country. There are geographical maps, economic maps, climates maps, road maps, and much more.

For a change, though, here’s a list of maps that will entertain you and give more information than you bargained for.

Where Do People Feel The Most Loved?

Source: Washington PostMax Fisher of the Washington Post asked people from 136 countries, in the hope of determining which countries feel the most and least loved, “Did you experience a lot of love yesterday?” The Philippines topped the list with 93 percent of the respondents saying they felt a lot of love. The U.S. isn’t far behind with 81 percent. Though there are some blue colors on the map, it’s nice to note that not a single country scored in the bottom category.

If You’re A Divorce Lawyer, Head For The Dark Areas

A map showing the divorce to marriage ratio shows that Mexico is the place to be for divorce lawyers, owing to their high divorce rate.

The Black Holes Of Internet Censorship

North Korea, China, and Iran are few of the countries listed as Internet Black Holes where censorship is at its highest. Freedom of Expression in these countries hasn’t seen the light of day.

The Most, Um, Endowed Nations

Does size matter? If it does, then Africa, Australia, and South America is the place to go. These countries have the most endowed men in the world, according to Target Map.

Feeling The Love For Queen Bey

This map shows the awesome number of Beyoncé-related tweets around the world on the day she released her new album online. Time reported that in most areas of the U.S., especially the East Coast, folks were busy tweeting about their favorite singer.

Who’s The Most Popular Kid In Class?

According to Movehub, this cool map shows that France is the tourist capital of the world. It has 20 million more visitors than the United States, which ranks second on the list. Interestingly, an island called Tuvalu is the least visited, with only around 1,200 visitors annually.

According to an article by The Atlantic, Nordic countries like Finland, Norway, and Sweden have the most heavy metal bands per capita. Is it really true what they say, that headbanging may be a good way to stay warm?

These Literature World Maps Are Genius 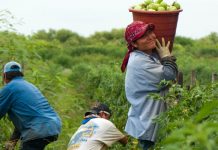 The Most Common Jobs Held By Immigrants, State By State