Field of Dreams is an iconic movie, one that still touches our hearts nearly 30 years after it was made. And it’s touching the hearts of Kansas City Royals fans once again this week.

On Sunday, January 22, Royals pitcher Yordano Ventura was killed in a car accident in the Dominican Republic. He was just 25 years old.

“I was just inspired to make a tribute to Yordano,” Carroll said. “I’m going through my own thing now and I wanted to put that out and touch people in my own way.”

Last year, Carroll was nearly killed in a wakeboarding accident. Though still in recovery, he wanted to create something to honor Ventura’s life.

The response to his piece was very positive, and Carroll received requests to do a followup that included other recently fallen players. His followup features Oscar Taveras and José Fernández alongside Ventura.

Even if you’re not a big fan of baseball in general, the beauty of Carroll’s pieces cannot be denied.

Featured image by Minda Haas Kuhlmann via Flickr/CC BY 2.0 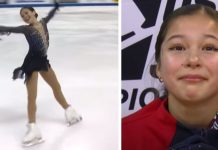 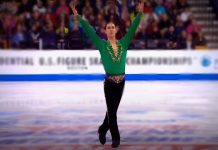