Ever since the release of the first set of virtual reality devices, we’ve always wondered what type of weird contraptions will come in the future to make us giggle with glee. What we have here is not some strange, otherworldly device, but an interesting piece of exercise equipment.

This VR exercise equipment, known as the ICAROS VR, is designed to keep you fit while also giving the feeling of flying. Folks who want to stimulate their muscles, strengthen their core, along with boosting reflexes, will likely find something to love about the ICAROS.

From the video above, we can see the user getting on the ICAROS VR, then attaching the virtual reality goggles over their head. This particular VR headset requires the use of a smartphone, although we’re not entirely certain if headsets such as the HTC Vive or Oculus Rift will work just as well.

“The ICAROS is your fitness device and gaming controller in one gadget. With it you can train your muscles and stimulate the capability of reaction and balance. Simply with your movements on the ICAROS you control and determine the flight path or diving path in the game,” according to the official website.

Now, once the user is on the ICAROS and the VR goggle is attached to their head, they will be thrown into a virtual world. It’s like a game you see, a game where the user is flying through rings in the sky, and where each movement requires the movement of the actual body. That’s where the exercise takes place.

Hey, What About The Price?

The price is almost always the deciding factor when it comes down to purchasing a product. The rule does apply here, and it doesn’t bode well for us regular folks. You see, the ICAROS VR is going for a whopping price of €8,000, which is approximately $8,500.

Flying around is cool and all, but the gym will definitely be a lot cheaper, and who knows, probably more effective as well. 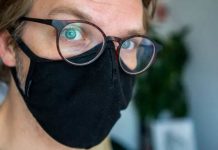 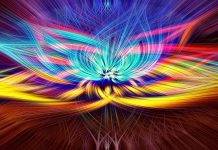