I think we can all agree 2020 has been the year from hell. At the same time, the year started off normal enough until January 26, when beloved NBA Icon Kobe Bryant, his daughter, and seven other people died in a horrific freak helicopter accident. Not long after, we began to hear about cases involving a virus with the same name as a popular Mexican beer.

And then, before we knew it, cities began shutting down, one by one, while rumors began flying all over the internet. Some rumors claimed the virus was deadlier than Ebola, while others said it was nothing more serious than the flu. In the meantime, folks in Australia began to speculate about a possible toilet paper shortage since most of their supply came directly from China (the epicenter of the outbreak).

However, it didn’t take long before Americans started to panic buy toilet paper, not understanding where the rumor came from and how it only pertained to certain countries that imported toilet paper.

But despite all of the calamity that befell us in 2020, we still managed to find humor in the absurdity of it all (especially with the orange one as president). One company that found one of the best ways to poke fun at 2020 was Match.com, which put out a hilarious commercial featuring the lord of darkness Satan and his newfound love — the year 2020. Check it out below.

While we can’t guarantee 2021 will represent a huge improvement, it’s a safe bet that whatever happens in the new year won’t be as disruptive to the human race as the events of 2020…right? Please be sure to share this story with your family and friends. 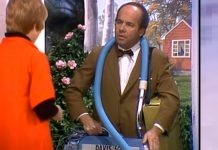 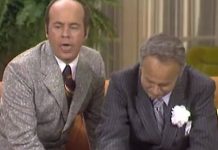 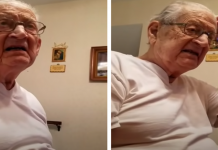