The Best Stuff Online
Home Hobbies I Gave Up Netflix For 30 Days And Here’s What Happened
1.1k
ShareTweetStumbleRedditPin
PocketTumblrLinkedinBuffer

Netflix had become a constant source of background noise in my house. During my workouts, before I went to bed, even when I cooked there was usually an episode on. This commercial-free streaming had become a part of my everyday life. For many, Netflix has become an all too convenient addiction, including myself. A few months ago, I began watching a series on Netflix that I was nothing short of addicted to. I devoured each episode and finished the whole series in a matter of weeks. Feeling a little disoriented when it was over, I decided I need to give my Netflix lifestyle up for a while.

My goal was a month, and believe it or not, I made it four weeks and more. Here’s what happened in those thirty days.

I have to admit that I was a little moody. It was like going on a diet, while everyone else gorged themselves on Chinese food right in front of me. You’d be surprised how often the subject of Netflix comes up. More than once I felt irritated and blamed it on being bored, but really I was experiencing a type of Netflix withdrawal.

Previously, I had used Netflix as a way to fall asleep. It all started by watching a few episodes before bed. Once I got deeper into a show I would watch long into the night, usually falling asleep a few feet from my computer. The worst part was that I would usually wake up in the middle of the night, rewind, and keep watching. You might be thinking “wow this seems crazy” but I spoke with several other Netflix fans and heard similar stories. During the first week, I had trouble falling asleep. However, by the middle of week two, I was sleeping much more soundly. I stayed up later, doing work or talking with friends rather than climbing into bed at 7 p.m. to watch a few episodes.

I was still jealous when friends or family planned to spend the afternoon ‘Netflixing’ but I was getting so much stuff done. I began to realize just how much time I had been spending in front of a screen. By week three, I was caught up in work, my classes, and with friends. I took a cooking class with a friend and enjoyed it more because I wasn’t telling myself that I could be at home watching Netflix.

I felt accomplished, productive, and more in tune with the world. I had been in touch with two friends that I hadn’t seen in ages and I realized how much I had been missing them. I tried a new restaurant that I’d been curious about. Netflix had been dulling my sense, constantly playing the background, I wasn’t able to focus on what was happening around me. Once the thirty days was up, I didn’t miss it anymore.

I realized that the thing about Netflix is that it’s so easy. Without commercials or ads, there is no interruption. Even between episodes you only have 15 seconds to realize how long you’ve been watching. I still catch the occasional movie on Netflix but I’ve decided to stay away from the series. I have better things to do with my time. 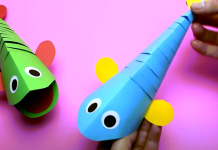