The great former President George H.W. Bush has died, leaving behind a huge grieving family and a nation of people who loved him. He was respected by Republicans and Democrats alike, and was in fact, one of the few Republicans, along with his wife Barbara, who many Democrats said they respected.

His granddaughter, Jenna Bush Hager, who is the daughter of former Pres. George W. Bush, son of the elder Pres. Bush, put up an Instagram post that is likely to leave you in tears. Tissue alert!

“Waking up missing this giant of a man who gave me everything,” Jenna Bush Hager wrote. “He taught me and my family about service, family, decency, the power of gentle words and a beautiful heart. I will miss him desperately but so happy he and my Grandmother are back together.”

She shared a beautiful art piece that has been put out since her grandfather died, depicting the president in heaven with his wife and a little blonde girl.

Pres. Bush and Barbara lost a sweet little girl named Robin to leukemia when she was just three years old. Over the years, he talked about Robin frequently and even shared with granddaughter Jenna his hopes for an afterlife in which he could hold Robin again.

Barbara Bush once read aloud a letter that her husband had written to his mother about Robin, describing his longing for another little girl.

Listen to Barbara Bush read #Bush41’s letter to his mother about their daughter Robin who died of leukemia at age 3. President Bush will be buried next to to his wife and daughter on Thursday. Another selection from “All The Best” ⬇️ #Remembering41 pic.twitter.com/GzcC6y4rt3

“There is about our house a need. We need some soft blonde hair to offset those crew cuts. We need a dollhouse to stand firm against our forts and racquets and thousand baseball cards,” he wrote. “We need someone who’s afraid of frogs. We need a little one who can kiss without leaving egg or jam or gum. We need a girl.”

“We had one once — she’d fight and cry and play and make her way, just like the rest. But there was about her a certain softness. She was patient. Her hugs were a just little less wiggly.”

“But she is still with us. We need her and yet we have her. We can’t touch her and yet we can feel her. We hope she’ll stay in our house for a long, long time.”

R.I.P. Pres. Bush. We know that wherever you are, you are at peace after a life well and beautifully lived. 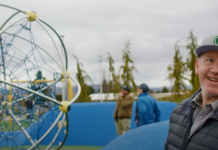 Dad Just Wanted an Inclusive Playground for His Daughter, but Cities Are Adopting His Design 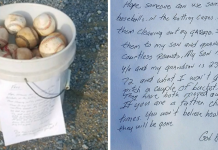 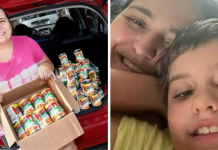 Little Girl With Autism Can Only Eat One Thing, Community Steps Up to Help Mom Find It