In January, the world lost a great athlete and leader when Kobe Bryant, along with his 13-year-old daughter Gianna and several other people, died in a helicopter crash.

As people mourn the loss of Kobe Bryant the athlete, they are also discovering something that only people who closely follow sports, basketball, or Kobe himself really paid attention to:

Kobe Bryant was an amazing father.

A #GirlDad through and through

Today we celebrate the lives of Kobe & Gianna Bryant as well as the others lost on that tragic day #KobeFarewell
pic.twitter.com/JJgpluxzKY

As for myself, I had a fairly keen awareness of Kobe as a basketball player because he’s my son’s all-time basketball hero, but I didn’t really know a lot about The Black Mamba’s personal life until he died.

I knew he had little girls. I knew his wife was named Vanessa. I knew about “the Mamba Mentality.” That’s about the sum of it.

A story shared by an ESPN reporter about Kobe telling her that he loved being a “girl dad” actually sparked a movement, with men on Twitter sharing that they’re proud to be “girl dads.” After you watch this video, be sure to scroll on down to see the video of Kobe Bryant helping a toddler Gianna make a shot.

My son is in Los Angeles today. He booked his plane ticket when they announced the date of the memorial, even though he knew his chances of getting a ticket to the memorial were slim.

Indeed, my son Liam didn’t get one of the much-coveted tickets to the memorial event, but he’s there outside Staples Center, talking to other Laker fans and Kobe fans. Together, they’re remembering the greatness and the near athletic perfection that was Kobe Bryant.

And mourning the loss of a sweet little girl’s life, nipped in the bud before she had a chance to live.

My son loves basketball and he was cut from his school’s team tryout process two years in a row. It was a devastating blow each time, but he says what kept him going was The Mamba Mentality that he had internalized from years of watching Kobe Bryant play. 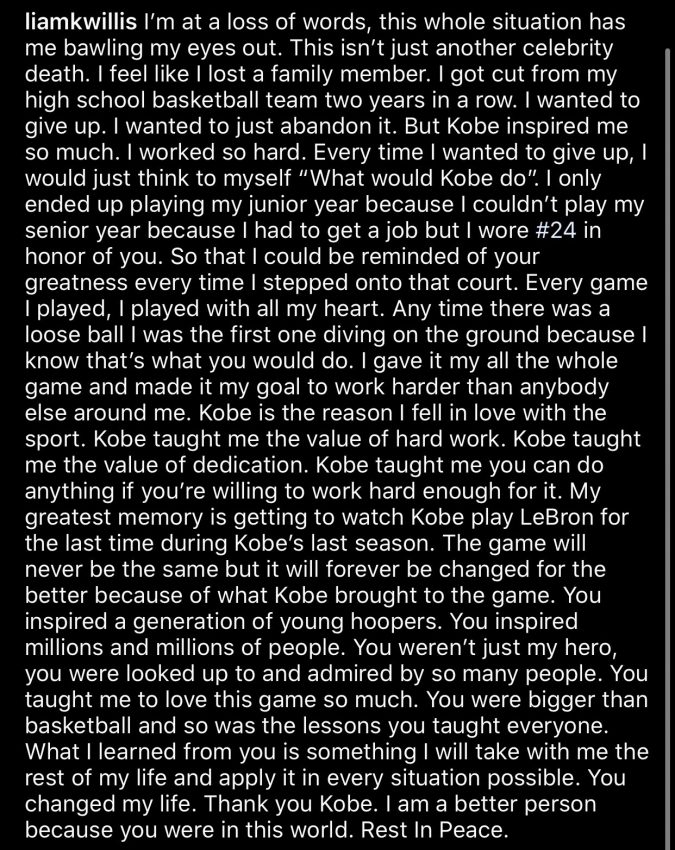 Here’s a video I found today of Kobe Bryant helping a toddler Gianna make a basketball shot. Too much. This will break you.

May they rest in peace, and all of the love we have goes out to their beloved family.

The Sounds You Hear During a Baseball Game Is Not Recorded