Carrey Kelley, a marathoner from Utah got to meet a good samaritan in a form of a prisoner who is out on work release. According to Kelley, she was just a few miles from the starting line of a 26.2-mile Beaver Creek Marathon south of Salt Lake City on Oct. 3 when the pain from her 3 previous injuries caught up with her leaving her limping. Fidel Ybarra, a prisoner who was among those who were on work release to work with the organizers of the marathon came and helped her.

Carrey shared her experience in Run4fun, a private Facebook group for runners and marathoners. She said that when she was about 4 miles in, she heard someone talking from behind her. That’s when she saw Fidel walking towards her. She continued, “Then about mile 4, I heard talking and someone running behind me. Who could be slower than me? It turned out to be a prisoner out on work release. The lovely Fidel saw that I needed help and came to run by my side for the remainder of the race.“ 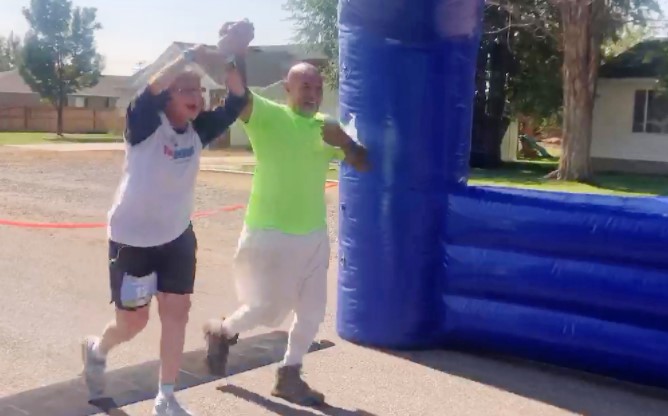 When asked by the Utah Department of Corrections, Fidel said that he didn’t even know why he approached Carrey. “I am not sure why I began running with her, but I think maybe I saw a little bit of myself and other inmates in the situation. We are normally left at the back and left to our own devices. “I could tell how much she enjoyed running, and I felt like I could not let her finish the marathon alone. I did not know that once I started running, 22 miles later we would cross the finish line. I could have stopped and jumped in the work van with the deputy that was following us, but something kept me going. I feel like by the end I was in more pain than her, but the feeling of accomplishment was more than I can describe in words.” 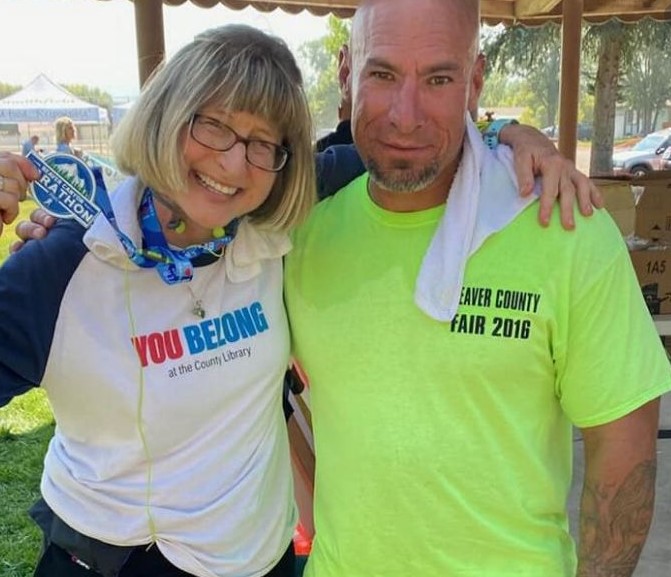 Carrey’s friend Elizabeth Lizz Ashby said she was blessed to have witnessed such a beautiful moment. “When the last runner reached us, I was inspired. The last runner was my friend. And I knew what she was going through. I embraced her and cheered for her. And was surprised to learn that one of the inmates working as cleanup was running with her, just because he didn’t want her to run alone. He was in work boots and not a trained runner. I wasn’t sure how long he would make it, but I cheered him on and celebrated with him all he had done so far.”