Mark Wahlberg isn’t just known as an amazing actor but as a Patriots superfan as well. Wahlberg attended the Super Bowl game with his wife, Reah Durham, and his two sons, Michael and Brendan. Unfortunately, Wahlberg had to leave the Super Bowl mid-game and miss both the greatest comeback in Super Bowl history and his beloved team’s victory.

Why did the Patriots superfan have to leave during the game? Because his youngest son started feeling sick and, being the family man that he is, Wahlberg decided to end the night early and take his family home. Fortunately his night ended on a positive note with the Patriots winning the Super Bowl 35-28 against the Atlanta Falcons marking their 5th title win.

Patriots football may be a large aspect in Mark Wahlberg’s life, but he always puts his family before anything.

I had to leave the game early because my youngest son wasn’t feeling well. Trust me, I would have loved to be at the stadium — but family first. Doesn’t mean I don’t love my Patriots too! ❤ 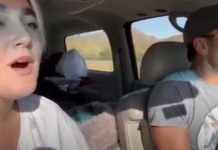 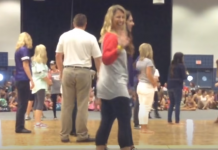