Have you ever wanted to do Jedi Mind Tricks on someone or perform fierce and powerful psychology tricks, but lack the actual power of The Force? That’s OK. With exactly 10 minutes of training, you can control anyone.

JUST KIDDING. Do not try to control people. Don’t be evil.

But how can a layperson perform effective psychology tricks that might actually help them hack life just a bit?

Well, of course, we have a psychology tricks video for you.

I’ve typed out all the mind tricks below, so we can thank my fingers and my keyboard. However, if you want to skip straight to the video, scroll all the way down or click “Psychology Tricks That Actually Work, the Video” on the Table of Contents below.

Staying Quiet Is One of the Best Psychology Tricks

People tend to become uncomfortable in silence, so they subconsciously try to fill the void by talking.

So if you want to know what’s on someone’s mind? Just keep quiet and they’ll tell you. This works particularly well if you’re in a verbal altercation with someone and they’re being a jerk.

Just don’t say anything. Let themselves dig a deeper hole and let the word vomit just spew out of their mouth.

You can tell which one of your friends likes who by just paying a little closer attention. If you’re in a group and something funny happens or someone tells a joke, people tend to be laughing by looking at the person they like most.

Bear in mind that this may be a romantic attraction or just plain admiration and respect for someone.

Mind Tricks: How to Lie Effectively

First of all, it’s not OK to lie. We’re not saying that.

However, if you need to slip in a little white lie about something, throw in an embarrassing detail about yourself and they’re more likely to believe the lie.

How to Get Someone to Stop Being a Jerk to You

If someone is yelling at you or being a jerk, interrupt them and say:

“Excuse me, but you have a little something in your teeth.”

This makes them feel very self-conscious and stops them in their tracks every single time.

You know how a joke stops being funny the more often it’s repeated? If someone’s poking fun at you, just say “can you repeat that” over and over as they keep repeating it.

After a while, no one will be laughing at their joke anymore.

How to Be More Approachable and Confident

If you’re at a party or gathering and you’re standing up, don’t hold your drink up by your chest. Hold it down by your leg and it will make you seem more open, confident, and approachable.

How to Forgive Your Most Cringe-Worthy Incidents

When you’re still cringing over something completely embarrassing you did back in high school, one of the best psychology tricks is to stop yourself and try to think of something humiliating someone else did.

You probably can’t think of anything, or you can’t think of many incidents. Therefore, it’s safe to assume that other people probably aren’t noticing your faux pas that much.

How to Make Someone Think You’re Interested in Them

If you want someone to think you’re interested in them, look at their lips when you’re in conversation with them.

Honestly, just thinking about that makes me think:

How to Make Someone Feel Intimidated and Uneasy

If you want to make someone feel intimated and uneasy, stare at their forehead when you’re in conversation with them.

Never Apologize If You’re Being Slow

Instead of saying “I’m sorry” when things aren’t happening as quickly as people would like, say this:

“Thank you for your patience.”

This is more likely to make them be more patient.

How to Make People Get out of Your Way

If you’re in a hurry to get somewhere, one of the best mind tricks is to just stare straight ahead and avoid eye contact with people.

This is particularly useful if you’re in the grocery store or the airport.

Mind Tricks to Get People to Carry Your Stuff

If you’re in a conversation with someone and you’re carrying something, just keep talking and hand your stuff to them. Nine times out of ten they’ll just take it.

Also, this works both ways. If they’re carrying something you want, stick out your hand while you’re talking and they’ll usually give it to you.

False attribution of arousal is a real thing, so if you’re looking for psychology tricks to win over a crush, this is an easy one.

Going on a first date and want them to totally like you? Go on a date somewhere that will get their heart pumping. Roller coasters anyone? Horror movie?

Don’t do anything boring!

Want people like you instantly? Mirror their body language when you’re talking.

This is especially effective if you work in sales. For example, if they put their hand on their hip, do the same.

Don’t go overboard with this or it gets hella awkward fast.

Use People’s Names in Conversation

If you want someone to instantly connect with you, just use their name in conversation. It makes people feel connected to you and they like you more (usually).

Again, don’t go overboard with this. One thing to do: when you both walk away, say

That leaves much more of an impression than just saying “Bye.”

Psychology Tricks: Chew Gum to Make Yourself De-Stress and Be Less Nervous

We’re wired to think that we’re safe while we’re eating. Chewing gum mimics the act of eating, which gets those yummy chill hormones flowing through our bodies.

However, don’t chew gum on a date or during a job interview, but chew it before to relax. Psychology tricks are only effective if you use them correctly.

If their feet are facing away, they want to get the heck out of there. Right now.

If you let people interrupt you, it makes you seem weak.

Just continue talking at the same pace and after a bit, they’ll start to feel awkward and foolish and they’ll shut up.

The best part? You come out of it look like a strong azz winner.

Psychology Tricks: Avoid Eye Contact if You Don’t Want to Get Caught

If you’re doing something and you’d like to not get caught, don’t make eye contact with whoever you’re trying to trick.

More than likely, if you don’t make eye contact, you’re not going to get caught.

When you first meet someone, the first thing you should do is notice the color of their eyes. It gives you just enough time to show interest but isn’t long enough to come across as creepy.

If you want someone to agree with what you’re saying, one of the best psychology tricks is to nod while you’re talking to people.

This will trick their brain into thinking what you’re saying is a fact. And it should be! Don’t be lyin’, y’all!

This is a great technique for job interviews.

Psychology Tricks: Shoot for the Stars

If you want something from someone, make the original offer ridiculously high. That way, in the compromise, you’ll get the actual number you really want.

Want your kids to eat more vegetables? Ask them to eat a pound of broccoli. Then they’ll feel really good about eating only a few spears.

Is there someone in your life who doesn’t like you? Ask them for a really small favor like borrowing a pen.

For some reason, this tricks their mind into thinking you’re not that bad. This works much better than asking for a big favor.

But give the pen back.

Be First or Last

People remember the first and last of anything better than they remember stuff or people that are jumbled up in the middle.

If you have a job interview, try to be the first of the day or last.

Psychology Tricks: How to Get Your Crush to Like You Back

Take up basketball if they like basketball, for example.

Alert: don’t be stalky. No one likes that!

Wear Red or Have Red on You

Researchers aren’t sure how or why this works, but the color red does build attraction.

If you have a crush on someone, let them know. They may be digging you back and you don’t know it.

But what happens if you’re rejected? Rejections suck.

Don’t worry about it. Be cool and confident.

It’s been known to happen that once someone knows you like them, they’ll slowly start to notice you more.

Everybody likes to talk about themselves. Seriously, everybody.

Even people who say they don’t like to talk about themselves actually really do. They just say they don’t because they’ve been rejected or shut down too much.

Once people start talking about themselves, they’ll feel comfortable around you and know that you’re genuinely interested in them.

This is kinda shady, but if you can get someone else to point out how awesome you are to other people, chances are the people they’re saying it to will suddenly (or slowly) start to see you in a positive light.

Psychology Tricks for How to Win Any Argument Ever

Here’s the video of psychology tricks that actually work. This is a wise young lady.

After reading this, you’re probably totally an expert on effective psychology tricks. Use these psychology hacks and mind tricks to get good stuff done. Remember, don’t be evil. 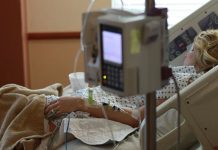 50 Life Lessons From a Cancer Survivor 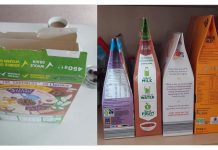 Woman Left Stunned Upon Discovering How to Close a Cereal Box Correctly: ‘It’s Only Taken Me 40 Years’

You’ve Been Curling Your Hair All Wrong: 21 Ways To Use Your Flat Iron For Fabulous Curls