The singing and dancing talent of the legendary Liza Minnelli is well known. Best known for her performance in “Cabaret” in 1972, which won her an Academy Award, Liza is also well-known for her role in the movie “Arthur” with actor Dudley Moore. She has also had several hit albums and countless other TV and film appearances. She has a powerful alto singing voice and is famous for her one-of-a-kind stage presence. The daughter of Judy Garland and Vincente Minnelli, Liza was born in 1946 in Los Angeles. She’s named after the Gershwin song, “Liza (All The Clouds’ll Roll Away).”

Coming from entertainment royalty as she did, Liza had a natural head start in the entertainment industry. However, as these things go, she wouldn’t have progressed as far as she did without a lot of talent and hard work. She attended the High School of Performing Arts and also the Chadwick School. In 1961, Liza moved to New York City to pursue a career in theatre work. To begin her career, she did what everyone else in this industry does. She worked as a nightclub performer, a musical theatre actress, and a pop music artist.

Liza rose to international stardom thanks to not just “Cabaret,” but also for her role in “The Sterile Cuckoo” in 1969, for which she earned a Best Actress nomination for the Academy Awards.

Goldie Hawn is known more as a legendary actress, but she is also a trained skilled dancer. When she was only three years old, she started taking tap and ballet dance lessons and later danced in the Ballets Russes de Monte Carlo’s corps de ballet for a 1955 production of “The Nutcracker.” In 1964, Goldie made her stage debut playing in a Virginia Shakespeare Festival production, playing Juliet in “Romeo and Juliet.”

Liza Minnelli and Goldie Hawn in “All That Jazz”

These are two talented ladies who teamed up in 1980 to deliver “All That Jazz.” Their performance is legendary. Watch it below. 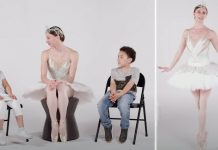 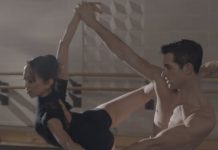