Last Saturday, June 20, Donald Trump held one of his hate rallies in Tulsa, OK. He had supposedly booked over a million people, but teens and K-Pop fans reserved seats in the arena without showing up.

1. The Empty Arena was being tweeted everywhere.

Trump was trying to hype the big crowds before the rally. His campaign manager tweeted this.

Over 1M ticket requests for the @realDonaldTrump #MAGA Rally in Tulsa on Saturday.

Before entering each guest will get:

There will be precautions for the heat and bottled water as well.

This was the actual crowd.

As the program began at Trump’s rally in Tulsa, nearly half the seats in the stadium were empty. pic.twitter.com/0C1hGQnIXk

On his show Last Week Tonight, John Oliver managed to mock Trump while talking about the Coronavirus outbreak in Prisons.

“There’s absolutely no one in the room with me right now, although interestingly, that’s still somehow only slightly fewer people than were at President Trump’s Oklahoma rally last night, which was half empty despite his campaign claiming that a million people had requested tickets,” Oliver explained, “and even building an outdoor stage so he would be able to do a second speech to the thousands that couldn’t get in. That speech turned out to be very much unnecessary.”

3. Someone tweeted out the real stats of the Trump administration.

4. The Newspaper Trump Held Up

Someone else tweeted the newspaper Trump held up with a minor alteration.

what happened to 1 million?

all those empty blue seats at trump's disaster of a rally

looked just like the blue wave coming in november

5. The walk of shame from the helicopter.

Someone added some different music to Trump’s exit from the helicopter after he returned from the empty rally.

I fixed it!! I’m💀 🤣😂 Trump Returning home after his disappointing Rally! Cover, Foreigner – 'I Want To Know What Love Is' (SOUND UP) pic.twitter.com/n18LRatRap

Someone shared a picture of the kids’ group “the Wiggles” selling out the same arena.

7. Other Artists Joined In On The Fun

Some Artists were pointing out that they sold the arena out in a few minutes.

7. The Walk of Shame and Runny Makeup

This picture was taken and tweeted by Rolling Stone in one section of the arena.

Racism, Lies and Empty Seats: The embarrassment that was Trump’s rally https://t.co/jtlscIXf6k pic.twitter.com/rIQ929xfL5

9. AOC praised the teens that sabotaged the rally.

U.S. Representative AOC praises K-pop stans and TikTokers for sabotaging Trump's Tulsa rally by RSVPing thousands of seats only to leave them empty:

“we see and appreciate your contribution in the fight for justice” pic.twitter.com/WQgesxj0EU

Here is the CNN clip about Trump’s crowds. 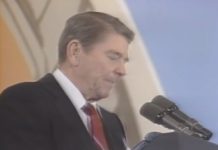