The Best Stuff Online
Home Videos These Women Were Tied To An Underwater Shipwreck And Photographed (VIDEO)
1.2k
ShareTweetStumbleRedditPin
PocketTumblrLinkedinBuffer
Montreal-based photogrpher Benjamin Von Wong and his hand-picked crew of experienced divers did an extraordinary underwater photoshoot 25m under the sea off the coast of Bali. His scene? A sunken shipwreck.


The models in this shoot aren’t just beautiful women in flowing white gowns. They’re experienced freedivers — divers who dive without oxygen tanks — who can hold their breath for three to four minutes at a time.

The idea behind the images, said best by Bored Panda: “Their flowing dresses transform them into the wonderfully beautifully mermaids or nymphs of mythology, who threatened to drag sailors bewitched by their beauty to the cold, dark depths.”

They were tied to the shipwreck and received air as needed from the expert safety divers who were involved with the shoot.

Here are more behind-the-scenes photos. There is a video of the shoot underneath the photos. Exquisite! Let us know your thoughts at the Liberal America Facebook page. 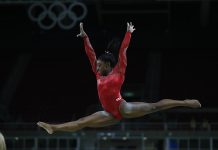