The saying goes that you’re only as old as you feel. At 53, I feel ancient, but of course, most people would agree that I have a lot of good years left in me. To be able to continue doing what we love well into our twilight years is a dream that most of us have, and the fact is, it’s completely achievable if we are willing to stay active and do the work. One thing I frequently do is draw inspiration from other people who are older and still doing amazing things, both physically and mentally. For example, a lady named Madame Suzelle Poole is 80 years old and she’s still an active ballerina.

Madame Suzelle still teaches and performs ballet on a daily basis, much as she has done for the last several decades. She was born in England in 1940, right in the middle of World War II. As you can imagine, many of her earliest memories were shaped by what was going on in the city around her. Both of Madame Suzelle’s parents were active in the war effort. Her mother, who was fluent in English and French, served as a translator, and her father was an architect for the Ministry of Works in London.

One thing that the family did to try to normalize the experiences of Suzelle and her brother was that their nanny would take them most days to Kensington Park, where they would all sit and play in the same spot whenever they could get out, which was most days. Suzelle’s most vivid memory of that time was going to that spot one day and finding a large crater in the ground. Their spot had been bombed, as it turns out.

One thing you can do if you want to learn more about Madame Suzelle is read her book of poetry.

Suzelle began training for ballet when she was seven years old in Canada. These days, she resides in the Dallas, Texas area, where she still dances every day. Watch this mesmerizing performance below. 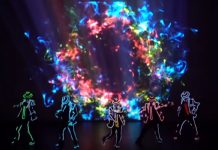 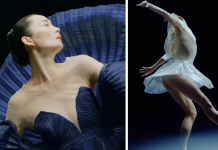 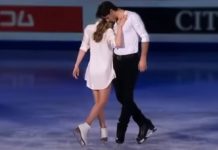