Ah marriage. The holy union. The old ball-and-chain. Whichever euphemism you prefer, there is no denying that marriage can be quite interesting. There seems to just be something about binding yourself to another human being in such an intimate way that almost naturally drives a life filled with comedic moments. Fortunately for us, some married couples out there have decided to record these hilarious moments in equally hilarious tweets.

Here are a few of the funniest tweets out there on the subject of marriage!

I told my husband I wanted a hedgehog and he said we don't need a hedgehog. Long story short, we're picking it up on Thursday.

Wife: What are you thinking about?

Me: *pauses daydream about zombie ninjas fighting cyborg Nazis from the future* You.

WIFE: Stop spending money on stupid stuff
ME: Okay
[later]
WIFE: What the hell?
[dog walks by in a tuxedo]
ME: He's getting married, Karen

Me: I already have one of those. It's called a w-

Me: It's called me

Text from wife: I'm so sorry, I'm gonna be about half an hour late
Me [forgot we were even meeting, still in bed]: you always do this

Wife: Did you give the kids a bath?

Wife: Did you give them a bath TODAY?

Damn. She knows about that loophole.

Like watching a fly trying to find an open window, only its my husband looking for something in plain sight.

[facebook]
"5 years ago i married my best friend, my soulmate, i love you"

I need you to be spontaneous. Be predictable. I need intimacy. Give me my space. Load the dishwasher. Not like that. 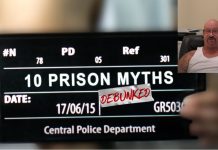 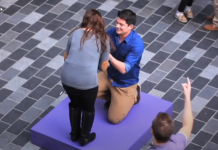