The Best Stuff Online
Home Animals A Tortoise Gets Hooked Up With Hand-Painted 3D Printed Shell After Being...
1.6k
ShareTweetStumbleRedditPin
PocketTumblrLinkedinBuffer

We humans aren’t all bad. Sure, we might be slowly destroying the planet and millions of people might be voting for Donald Trump in the upcoming election, but there are still some good people left. A team of specialists in Brazil worked together to design a new 3D printed replacement shell for a tortoise who was badly burned in a fire last year.

The Sao Paulo-based volunteer squad, who gave themselves the ‘Animal Avengers’ title, used 3D printing technology to create a new shell for the tortoise named Freddy. They reportedly called her that because of the fire-damaged character Freddy Krueger. The 3D designer who helped the four vets was able to create the shell by comparing photos of other healthy turtles with photos of poor Freddy. He explained the process to the Daily Mail, “I [then] reconstructed a 3D computer imaging model of the complete shell using the tortoise’s exact measurements.”

The incredible design is made of four interlocking pieces from corn-derived plastic. After it was produced, they had some fun painting it and then they carefully assembled the pieces on Freddy’s back. The vets say she has improved significantly since her near-death experience in 2015. She’s currently being watched by Animal Avenger veterinarian Dr. Rodrigo Rabello.

In addition to Freddy’s incredible journey, the Animal Avengers have also worked together to create artificial beaks for three toucans, a parrot and a goose.

“We first came together as friends because of our common love of science and our love for animals. We soon realised we could do some extraordinary work using cutting-edge technology to push back the boundaries of life-saving care for mutilated animals by giving them customised prostheses.” 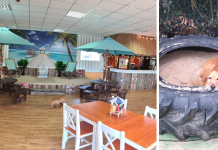 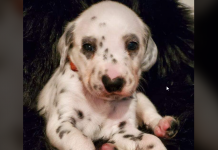