We live in a wonderful world filled with talented people, be it by singing, dancing, and playing instruments. Some are hidden that needs to be discovered, others have not used their given talent until given a chance. But as the saying goes once learned will always be learned. Let us be the witness on how this policeman will shock us with his ability.

Corporal Les Munn a Texarkana Arkansas Police Department Officer has shocked the crowd when he joined and drums with the High School Football Band. It all started from a dare from a student that this Arkansas Police officer ended up in the middle of this high school day. A couple of band members were bringing their equipment on the stand and one of them was saying that it was heavy and was kind of being funny. She suddenly made a comment that he come up on the stage and will show him how to play this stuff. 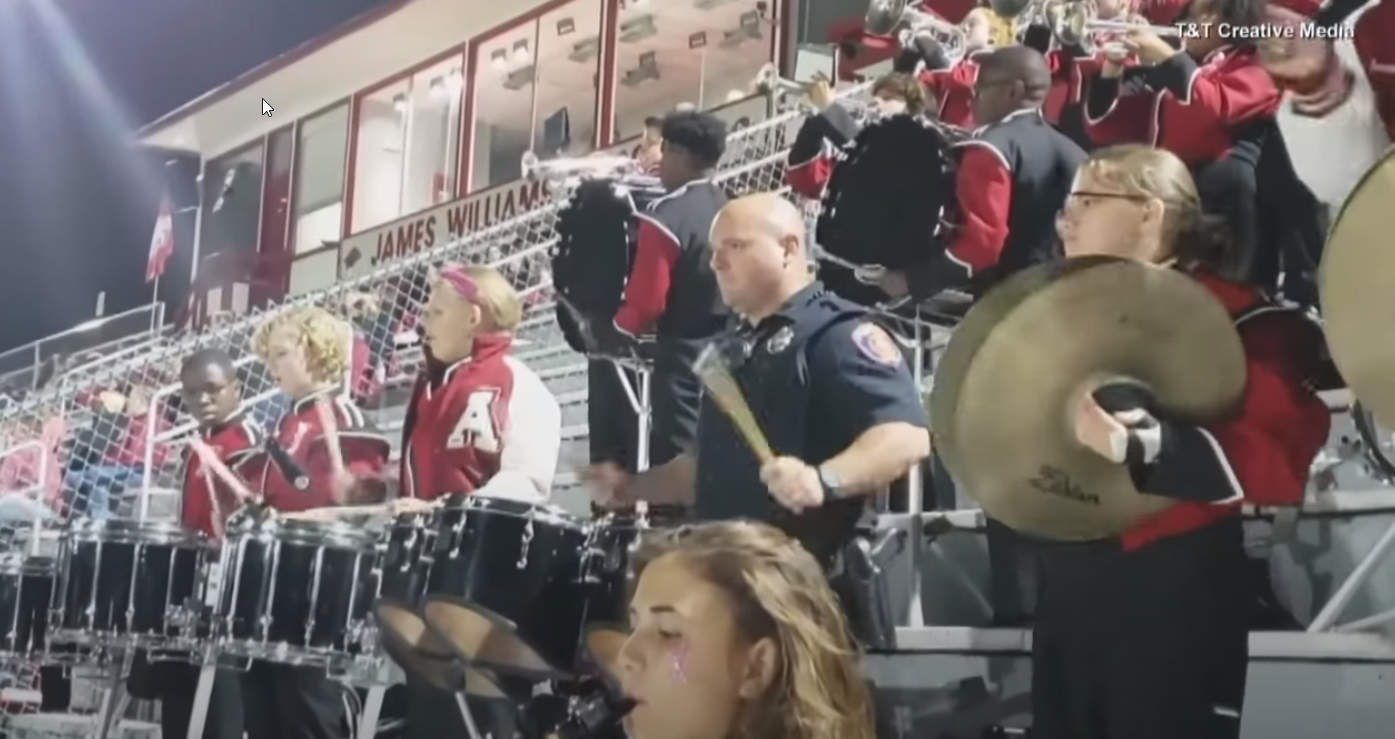 He obligingly said he’ll take her up on that and that’s how he ended up jamming with them. According to him he was kind of nervous and having stage fright because he has not played the drums in twenty-three years since he was in high school. But this did not stop him that in the fourth quarter he went up on the stand and started performing with them with the same music he did back then. 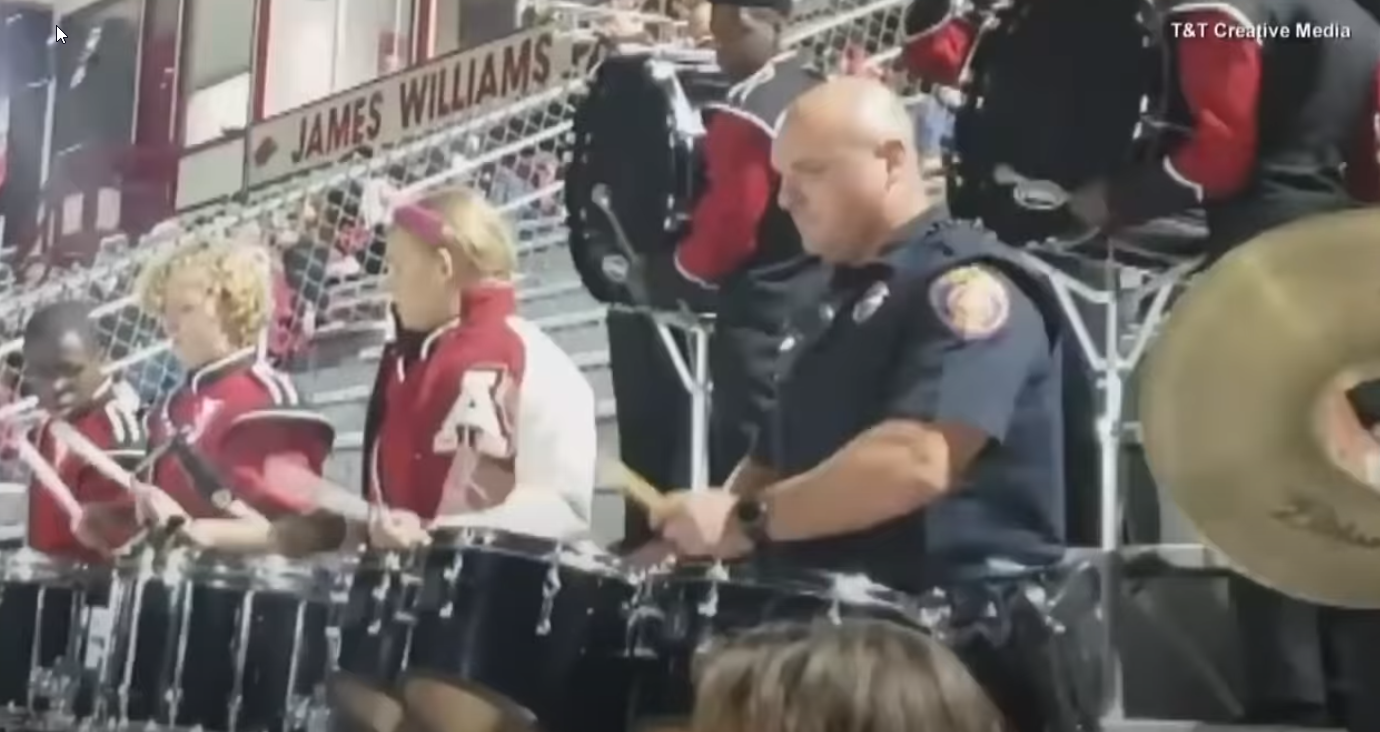 This surprised everyone on the crowd, because of the amazing act he has earned himself a spot for the next season on the drumline. It was an outstanding presentation that paved a way for him to show his dormant talent. An opportunity will knock on those who deserve it.

Watch below and see how this cop shared his given talent that awed us.

This cop sure has been very blessed with his talent and profession.