Dwayne ‘The Rock‘ Johnson first entered the public eye as a wrestling personality. He then set his sights to Hollywood and became a box-office movie star by appearing in ‘The Scorpion King’ and, more recently, ‘Jumanji.’

Off the screen, Johnson is open about previous struggles with depression, and the joys and challenges of parenting. Also, he has a strong connection with his fans, as is evident in his video to Marie Grover. 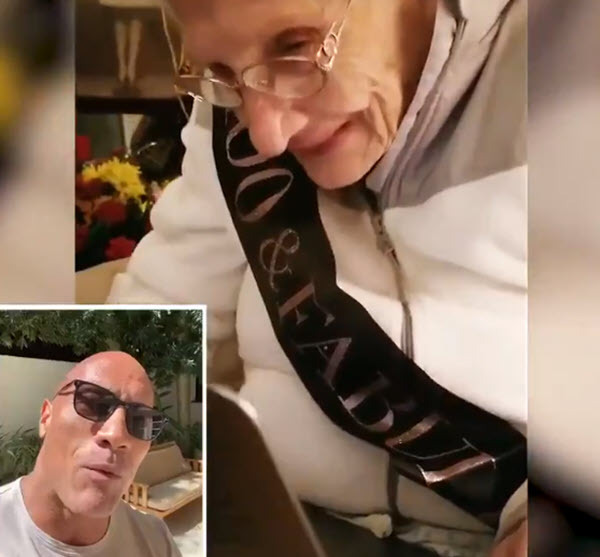 Marie Grover, who recently turned 100 years old, is a massive fan of The Rock. Johnson learned of a milestone birthday of one of his fans, and he knew he could not let the day go by without wishing her a happy birthday.

Marie’s family friend, Jamie Klingler, sent a tweet about the upcoming milestone birthday, and The Rock saw it. He sent a video of himself singing her the happy birthday song, followed by words of gratitude for her support. He also tells her to “eat cake, get drunk, and party hard.”

The video also shows Marie watching the video on her 100th birthday and laughing with sheer joy at The Rock’s birthday message. 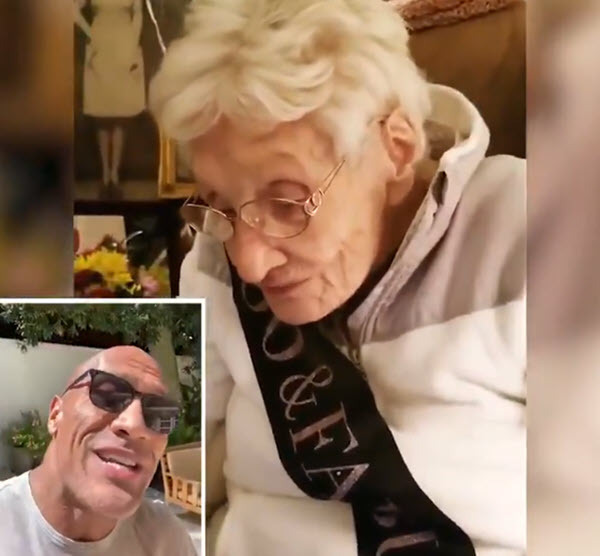 Klinger had previously reached out to Johnson’s representative about a birthday message from the actor with no luck. Klinger then turned to the power of social media and sent a tweet directly to The Rock, asking him to help Marie celebrate a century of living life.

You can watch the video of this wholesome and charming exchange here:

It did not take long for Johnson to catch the tweet and rely with an enthusiastic willingness to help. Johnson was able to see a video of Marie’s reaction to his video message, and he replied that these are the moments that are “the best part of fame.”