Oksana Baiul was a Ukrainian competitive figure skater. At the age of 16, she became the World Figure Skating Champion, and the Ladies’ Singles Olympic Champion the following year, making her the first and only Ukrainian skater to win a gold at the Winter Olympics. After winning the Olympic Gold medal in 1994, Oksana decided to go pro so that she could tour the United States and focus on her career in skating.

Originally Oksanan’s dream was to be a ballet dancer. Unfortunately, she could not be considered thin enough for it. Instead, her grandmother took her to figure skating lessons telling her that it was the ballet of skating. She started learning skating at the age of three, which both her grandparents fully supported. Her grandfather saw the potential in her to become a prima ballerina and thought that figure skating is a great way to train for ballet. Oskana eventually did study ballet, but she ultimately went back to ice skating, with it becoming her passion. By the age of five, she was already studying with a prominent Ukrainian skating coach, Stanislav Koritek. 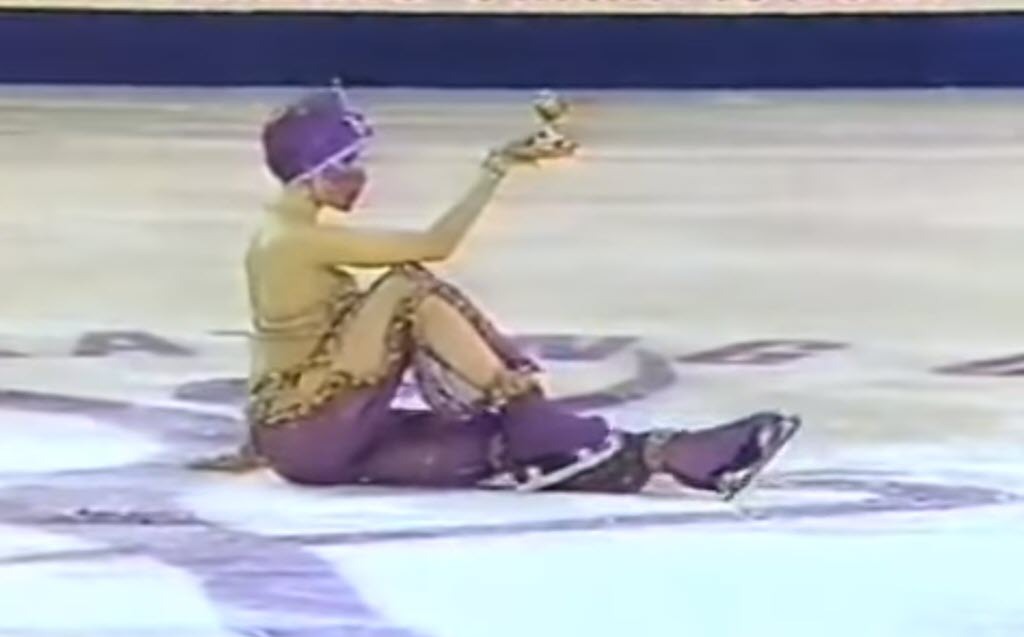 Unfortunately, by 1992 Koritek was offered a coaching job in Toronto, Ontario, which he accepted due to the lack of support of the Ukrainian government to the sport. Oksana was left coachless for more than a quarter of a year until Koritek’s father who was the vice-president of the Ukrainian skating federation at the time contacted Galina Zmievvskaya who took her on as a student immediately, even arranging for the girl to move to her home in Odesa sharing her family’s small three-bedroom apartment and welcoming her to her circle of elite skaters. 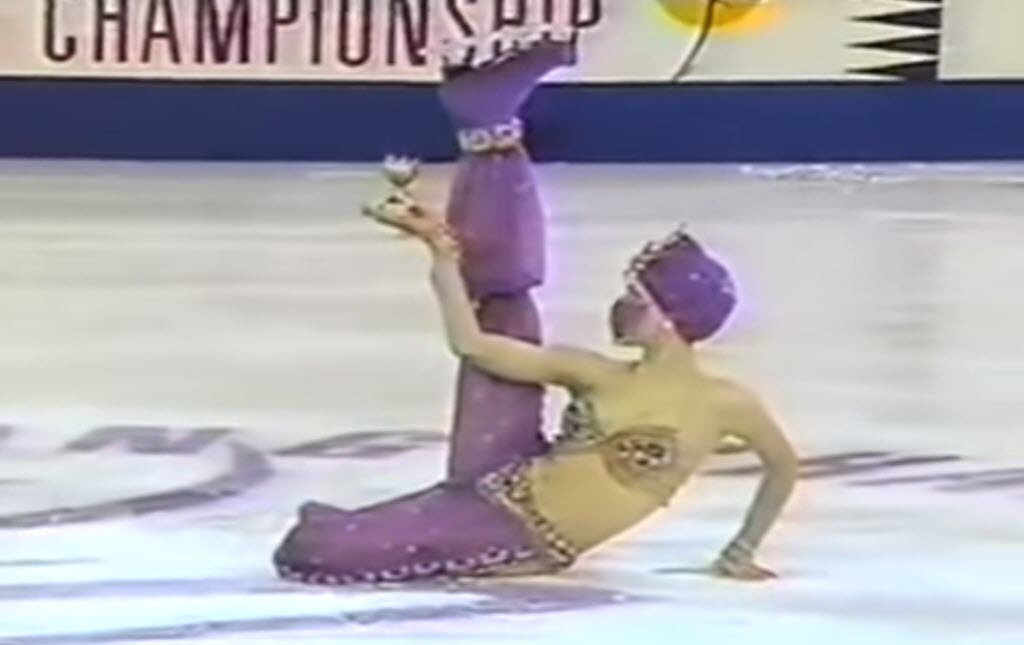 Under Galina’s tutelage, Oskana progressed rapidly in figure skating, eventually leading to her winning her medals and becoming famous worldwide. One of her greatest performances is one she did in 1995 to Peter Gabriel’s “The Feeling Begins” in a mask no less! Watch her performance below.

Oskanan’s performance of such an intricate and exhilarating routine wearing a mask makes you wonder what the Karens and anti-maskers are complaining about, surely a trip to the store isn’t as tiring as that amazing performance!