Nobody likes to admit they like advertising, but the truth is that most of us do it to some degree or another. Most folks dislike bad advertising, which covers most ads we see on the internet and TV. And over the years, commercials for different products and services had seen some pretty strange trends. While you can find cringe-worthy ads in any period, but I think the ’90s really stand out. This was just a bizarre era for commercials.

While there have always been commercials that were a bit odd, somewhere along with the line, ad executives decided to dive head-first off the weird cliff and put out some of the cringiest and most head-scratching commercials we’d ever seen. Does anyone remember the “Slim Jim” commercials featuring a skinny guy in a meat snack suit? I think there were even one or two in which he was inside of a human stomach!

But, by far, one of the strangest and ad campaigns in history came from a now-defunct regional fast-food restaurant chain called Rax. In the video below, you’ll learn how the company managed to create commercials so offensive and weird that it probably helped them out of business.

Honestly, I kind of like Mr. Delicious. I think his character would make a great animated show on Netflix or Adult Swim. What did you think of Mr. Delicious? Have you ever dined at Rax? Please be sure to share this story with your friends and family. 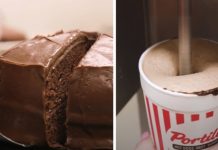 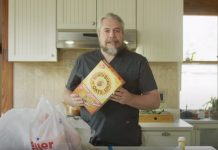 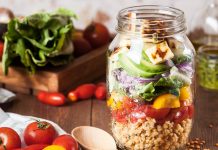