A 72-year-old grandfather, Randy Long of Montgomery, Alabama, came across some practice baseballs while cleaning his garage. He took them to a local batting cage thinking of the young kids who might make use of them. But he not only left the baseballs but with it was an emotional note that will touch everyone’s heart. These are sentimental practice baseballs because he pitched them to his son and grandson countless times before.

Randy now lives alone because his son and grandson have both moved away. Finding these practice baseball had brought back fond memories with them, and would give anything to pitch a couple of buckets. He’s relaying a message to all fathers to cherish every moment with family because time flies quickly, and before long, they will be gone quickly. And his postscript says to hug them and tell you to love them every chance you get. 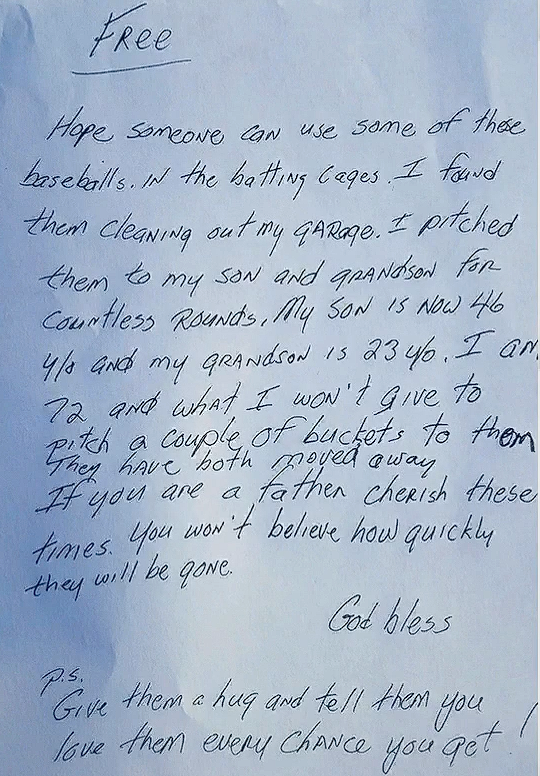 His grandson Ethan Anderson hit home base when the family was told about the news outlet. He fondly recalled how his grandfather helped him reached his real athletic potential. He took for granted how determined his grandpa to make him the best player he could be. Even if he lives in Birmingham about two hours away from Long, he realized that it’s about time to team back up again with him on a regular basis. He didn’t want to take things for granted anymore. 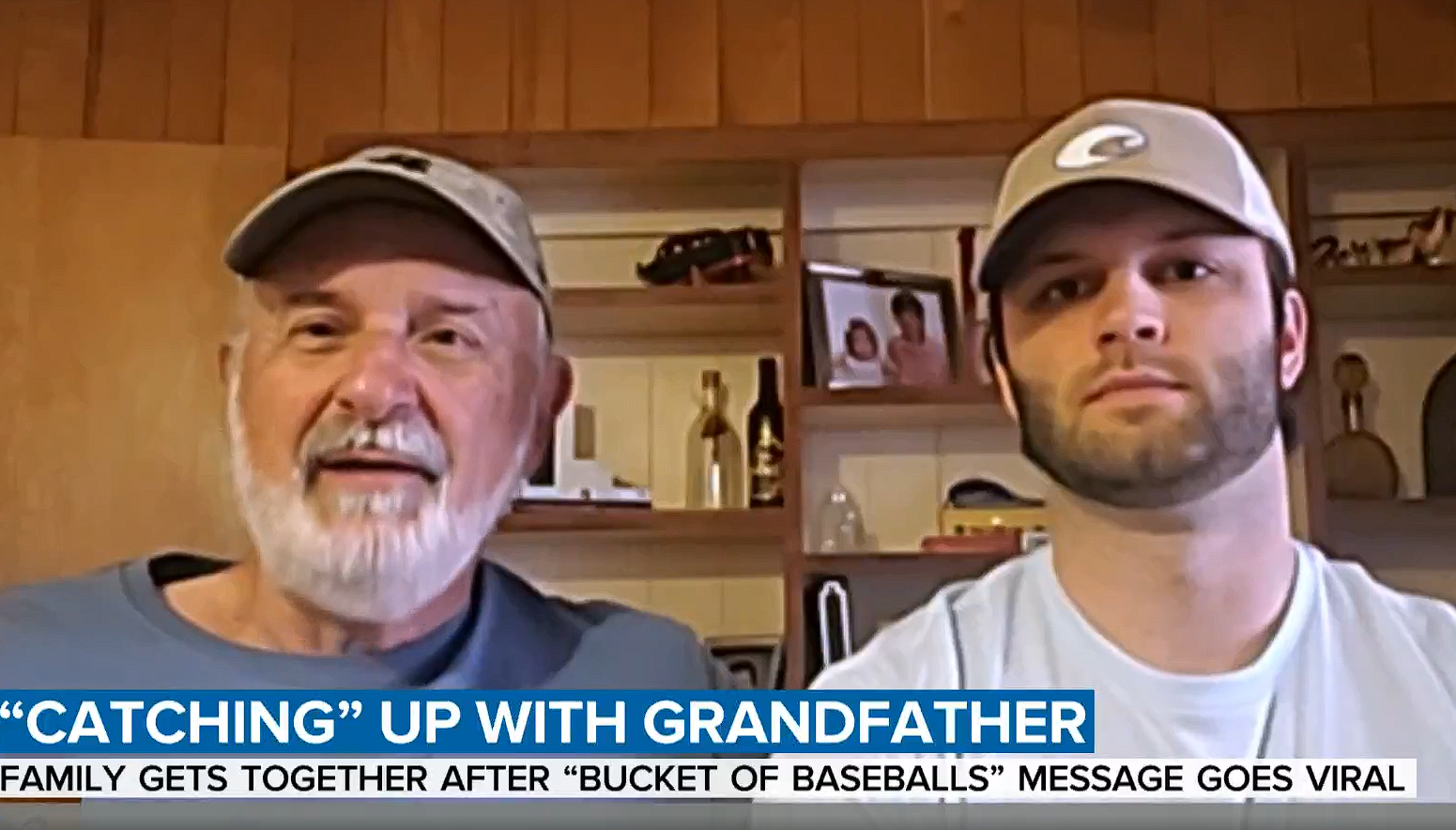 Ethan tweeted his grandpa’s generous action and, to his surprised, went viral, and after the story broke, he was so stunned on how it made a significant impact. He was so amazed by the surge of positive feedback, like kids saying they will treasure every moment with dad and grandad.

Grandpa Leaves a Free Bucket of Baseballs With Touching Note About Cherishing Your Familyhttps://t.co/0aHBQWgBe0

A touching story that saying grandparents love is indeed a treasure.