This guy has been wearing a coat that his nan has given to him for six months already before he noticed that there was a hidden message inside the pocket. Will Harte posted his amusement on Twitter when he found out that the coat he has been wearing actually has a message that you will only see if you tuck out the pocket flap. He captioned it with, “Got a nice coat as a present from my grandma about six months ago. Been wearing it no problem. Noticed today one of the pockets on the front was tucked in. Enjoy the before and after.”

In the first photo, he is seen wearing a seemingly ordinary and even comfortable dark raincoat. You won’t think anything out of it. It seems like something any man would buy from a shop and wear. However, in the second picture, the pocket flap says “immigration enforcement” making him look like he is working somewhere and in a uniform. 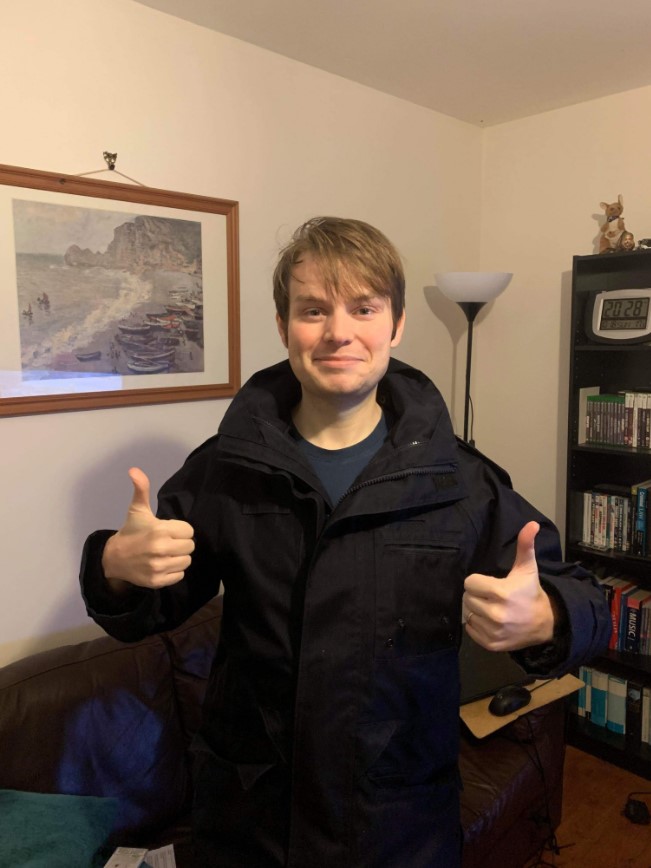 The jacket was likely a uniform that previously belonged to an immigration worker who may have donated the coat to a charity or sold it somewhere where Will’s nan bought it. Will also wrote a follow up that his nan’s reply when he asked her where she got it is not too helpful. He said his nan doesn’t even remember where she got the jacket. “Her response to me asking where she got it from wasn’t reassuring. She ‘can’t remember.’” 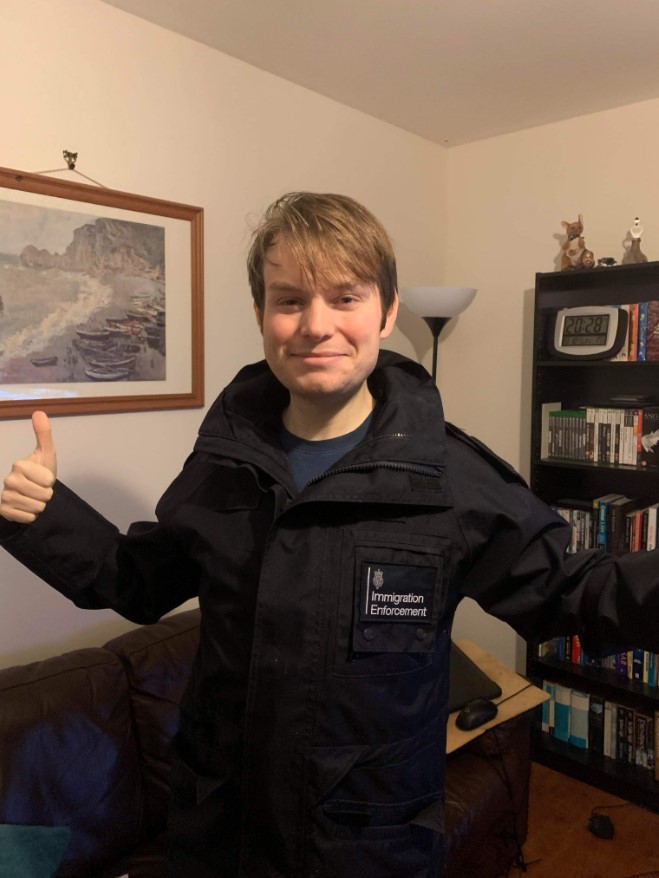 Amusingly, his tweet has already received more than 38,600 likes and hundreds of comments. Most of the comments are saying that they find it funny and it made their “belly laugh”. Some are even sharing their own similar stories and people are enjoying it.

Got a nice coat as a present from my grandma about 6 months ago. Been wearing it no problem. Noticed today one of the pockets on the front was tucked in. Enjoy the before and after pic.twitter.com/0zdyEO27Hb

“Went to army surplus shop, bought khaki overalls with mysterious squiggles stenciled on. On a slope in Austria, an Israeli skiied up to him and said: ‘I think we were in the same tank on the Golan Heights, no?’”

“I know a bloke whose wife buys his shirts from the Barrows, Glasgow.

“He wore one with a tasteful logo on a business trip to Germany.

“A German colleague asked where he got it.

“‘Dunno. The wife buys my shirts. Why do you want to know?’