Here’s a breath of fresh air to your quarantined life. A man in grey sweatshirt skates along the highway without a hint of negativity in the world and it’s definitely the kind of vibe we need during these troubling times! Nathan Apodaca was going to work when his car suddenly broke down. Many of us would probably heat up and get all mad or worried when this happens- but not Nathan. He figured he has his longboard with him and he could make it on time if he rides it. Plus it was just too beautiful of a morning to ruin over something out of his control. And so, he decided to give the skate a go.

Along the way, he went to a curved highway exit and he thought that this moment would make a good video for him. Armed with a jug of Ocean Spray’s Cran-Raspberry and Fleetwood Mac’s “Dreams” playing in the background, he took a video of himself skating through the universe and having a wonderful time by himself. It’s such a mood! He posted it on TikTok under the username 420doggface208. And within a few days, it has become an instant hit, generating more than 18 million views! But that was not the end of his fame. 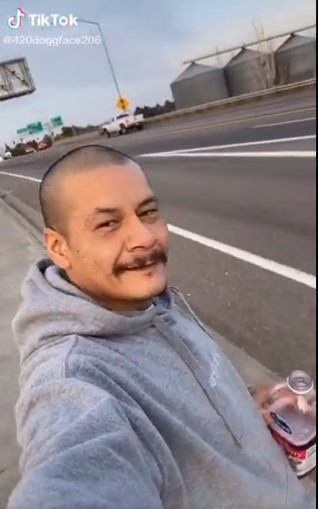 The clip became more viral after Twitter user @DrewFogger posted it on the social media platform and got noticed by Fleetwood Mac themselves! And not only did our laidback guy gather a lot of attention from the internet, but the track he used also had its big comeback. Suddenly, along with his instant fame, the 1977 hit from Fleetwood Mac’s “Rumours” album has gotten a surge of streams from Spotify as well! It has been reaching around hundreds of thousands of replays a day. Wow! Who knew something as simple as this can cause such a huge boost to a beloved classic? 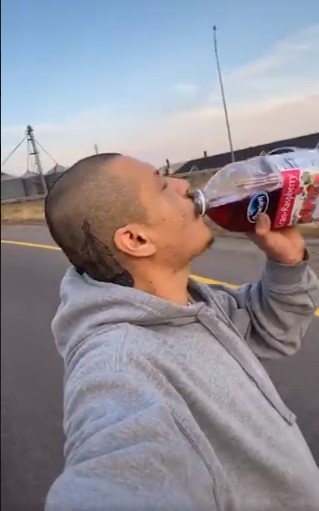 Watch the oddly relaxing video below that’ll surely give you peace the entire day!

I’ve honestly been playing this clip multiple times now and I still couldn’t get enough of it. So cool!