Brace yourself, because this just might be the best little over one minute video you’ll ever see today. If you love watching animal videos, you’ll definitely love watching this adrenaline-full ostrich running after cyclists for over 1-minute. Just imagine the extent of energy that this ostrich has. I wonder how many energy drinks this big guy had.

It started with a cyclist participating in the Cape Argus Tour capturing his journey on video. In front of him, there were two other cyclists who were just following the road. Not long after that, an ostrich run past him seemingly running after the two cyclists who went first. But the ostrich didn’t mean any harm, in fact, when it reached the two cyclists, it leveled its speed to gracefully keep up with their speed. The cyclist capturing the video can see the whole treat in front of him. 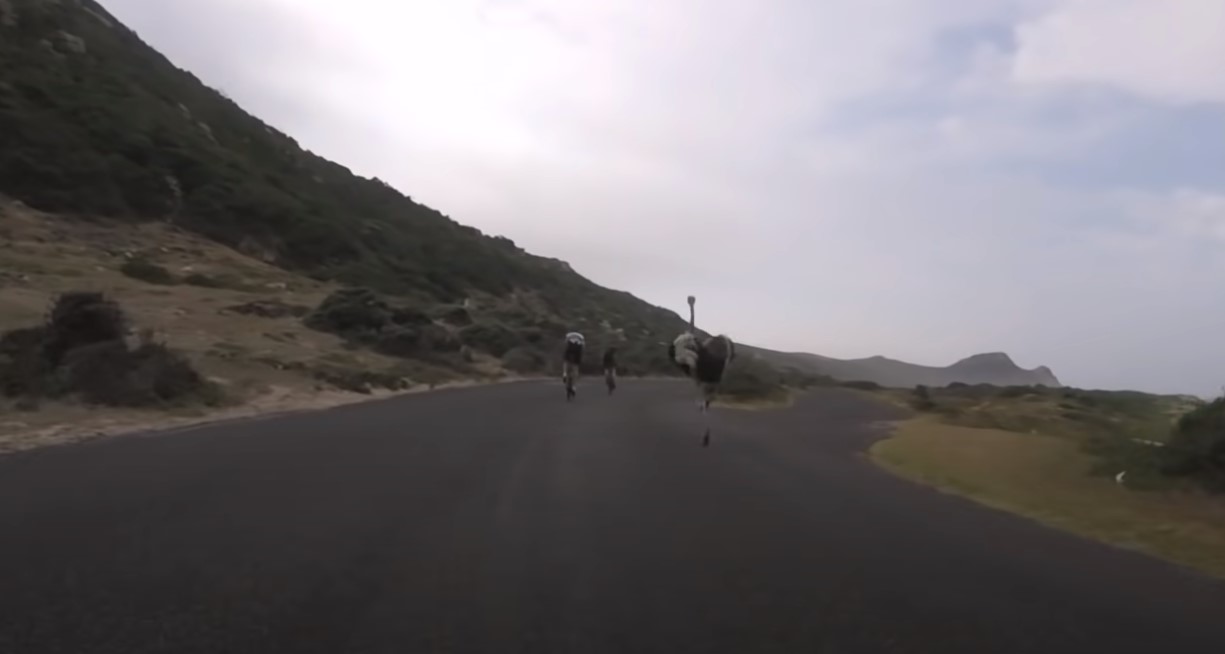 The ostrich is obviously running in zigzags to make sure it won’t run past the two other cyclists. I wonder how fast it would go if it weren’t limiting its speed. The cyclist with the camera seems to be limiting its speed in order to capture the amazing moment. It’s like watching Road Runner, but instead of running from Wile E. Coyote, it is running with the cyclists.

At more than one minute mark of the video, the ostrich seemed to be getting tired and slower. Either that or it got bored with the two cyclists who are also limiting their speed to regularly catch a glimpse of their surprise companion. Not long after that, the ostrich went to the side of the road signaling that it is done having fun with the race.

It’s so majestic to see this big animal run gracefully and keep up with the cyclists. We hope it had fun with the moment of play they had.