You may easily distinguish a lot of animals by just hearing the sound they make. But the noise this animal makes is probably not something you’re particularly familiar with. The rhinos, an iconic species with heavy built and beautiful horns, have one of the cutest noises you may have ever heard today. And one filmmaker was able to capture it with a pair of baby white rhinoceroses, Kombe and Nyoni. Sadly, these two are of those orphaned rhinos who’ve lost their mothers to poaching. These two hungry babies are now in the care of a wildlife veterinarian and his family in Hluhluwe. But this doesn’t stop them from expressing themselves vocally especially when they want their food.

Kombe and Nyoni make what seems like the plaintive squeak of a deflating balloon in anticipation of their next milk feeding. These high-pitched wails might sound like unusual crying but it is actually what a healthy, happy baby in the wild sounds like when responding to their mother.

When a female rhino calls her babies with a high-pitched mew, they typically answer with squeals that are just like the ones in the video below. In this case, their two youngsters aren’t stressed out for being in rehabilitation but are actually hoping their “human moms” will give them food.

Rhinos usually have supersized and heavy babies. They tend to put on a lot of weight really fast just a few months after they’re born. But all the growing requires gallons and gallons of milk every day. Baby rhinos can weigh from 64kg at birth and will latch on their mothers for their first 18 months. This is also the time when they’re taught how to graze.

The video below shows these two giant babies becoming increasingly whiny and animated as their expressions remain relatively nonchalant when asking for their meal. You can even hear the videomaker laughing at some point.

Did their cute little whines brighten up your day? Nature is indeed full of surprises. Even these orphan victims come with so much beauty for us to see (and hear). 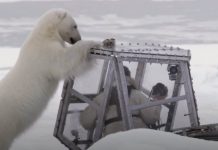 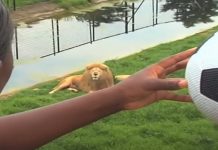 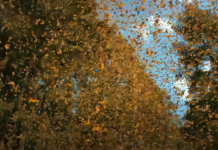