The red squirrel is a species of the tree squirrel. These squirrels have sharp and curve claws that allow them to climb large trees and cling to tiny and thin branches. They also have strong and powerful hind legs that enable them to jump between trees. They mostly eat tree seeds, fungi, nuts, and berries. And, they were commonly found in Siberia and southern and northern Europe.

This is where Dani Connor, a zoologist and wildlife photographer in Sweden, stumbled upon a couple of them. Her interaction with these cute rodents started with a confident and bold Remy, a red squirrel that eventually became her favorite model because it was always game to strike a pose to her camera.

THE STORY OF THE BABY RED SQUIRRELS.

It all started with their mum Remy. She was my favourite squirrel. She was confident, bold and always was first to test my photography set ups. pic.twitter.com/BFgOuiKk4u

Sadly, two weeks ago, Dani found her lifeless body under a tree. The poor Remy got hit by a car; the wildlife photographer gave her respect by laying flowers on her body. After the quiet funeral, she noticed a nest of baby squirrels.

Two weeks ago I found her body under a tree. Remy had been hit by a car. The following day I gave her a funeral and I laid a flower on her body until nature would take her. RIP Remy 💚 pic.twitter.com/62VrutRCrA

The wildlife photographer waited for 7 hours, to see if any adult squirrel would come to take care of the babies. That’s when she realized that the babies were Remy’s orphans. She then decided to take care of them, but she let them live in their natural environment, instead of capturing and domestically nurturing them.

I have recently become a “mum” to four baby red squirrels after their mum was unfortunately hit by a car. Over the past two weeks, they have gained my trust and recognise my voice. They remain in the wild and I visit them every day. ☺️ pic.twitter.com/2TsXNB8yTw

Ever since she discovered them, she spent 4 – 6 hours in the forest with them. She took care of them, observed their behaviors, and captured their beauty. Now, the baby squirrels already recognized and fully trusted her.

It clearly shows in the video that captured the hearts of 12 million people. The viral video recorded the cute and adorable baby red squirrel while it’s eating. The munching sounds it produced will definitely satisfy your ASMR needs.

You can witness and listen to this precious moment of the cute baby squirrel below:

Netizens have applauded Dani’s choice to leave the squirrel in the wild while closely observing them to make sure that they will survive. Some were even sharing their journey in rescuing wildlife animals. Seeing this kind of relationship and trust between animals and humans is heartwarming. 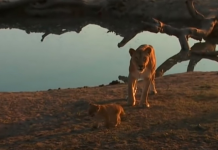 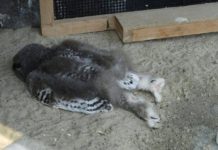 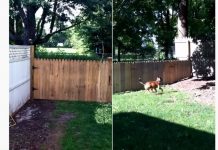