The moment that you decide to have a pet, is the same moment that you give up your reign to rule your life. Most often than not, pets end up being the boss around their hoomans. Imagine wanting to sleep in more during your day off but needing to get up and feed your pet or else they’ll snuggle and wake you up until you do. As much as there are a hundred reasons to love having pets at home, it’s no secret that pets can get really nasty when it comes to food. You don’t mess with a hungry pet, as they say.

A pomeranian mom experienced this in a cute but hilarious way when she tried to prank her Pomeranian named Pao. The video started with her getting food for Pao. She opened the container and scooped out a few of the dog food inside the container. But then she decided to put some back to lessen the food that Pao is going to get. She kept on doing that until there are only two pellets on the cup. 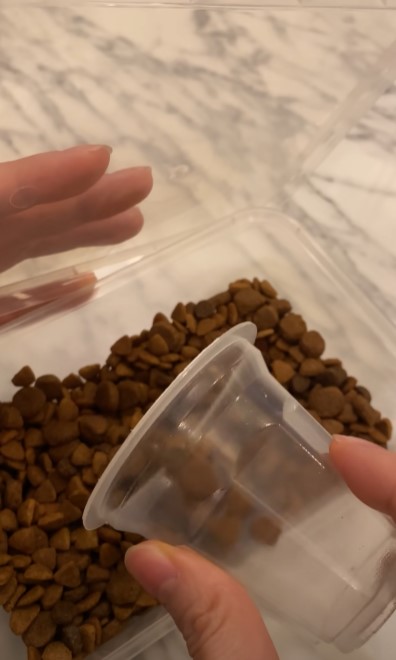 She went on and gave Pao the food on his container. You can see Pao happily anticipating the food that he’s going to get as he stares at his mom’s hands. But as the two pellets “clonked” into his bowl, his tiny cute head looked down and tried to make sense of what is happening. When it became clear that his mom is not going to give him more, he slowly looked up and let an angry snarl. 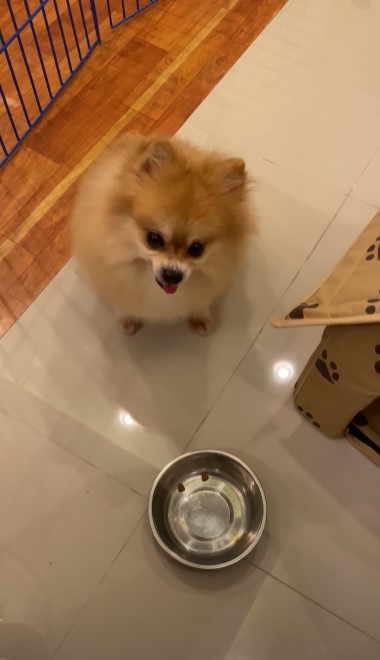 In the cutie little pup’s anger, he even hit his food bowl and sent it toppling in front of him. His mom had a great laugh and couldn’t help but snicker behind the camera. Don’t worry cutie Pao, I’m sure your mom won’t let you go hungry.

Such an awesome pet!