The March For Science was a nationwide event that took place on April 22, and it is a march that celebrates all things science. It gives voice to the need for public figures and government officials to enact policy and pass laws that work not simply for the good of the people, but for the good of scientific interest as a whole.

This march gave voice to the real role that science plays in our lives every single day, and it promoted the need for constant research and further involvement and funding to encourage this research that gives us such valuable insight into the world around us. Things that save lives, protect our planet, and give us medications that enable us to live well into our 90s were celebrated as hundreds of thousands of people gathered across the globe to march. People everywhere gave this movement a voice that shouted, “This planet has a life, just like us, and we are capable of ripping its life away with our actions!”

It brought a fighting voice to many of the policies President Donald Trump has enacted and repealed that will have devastating consequences on the environment, and has raised concerns as to whether or not scientists should play an active role in politics, what with many prominent political figures discrediting valid scientific foundations and facts.

The March for Science “champions and defends science and scientific integrity,” and no one else understands that concept better than the people holding these beautiful signs found at the marches across the country.

1. They Brought About Some Humor

What a fun time in Nashville with friends and also getting to do the Nashville March for Science! #marchforscience #ScienceNotSilence pic.twitter.com/7gSRmYT7Tz

2. And That Humor Was Mixed With Truth

3. And That Truth Was Hard To Swallow

4. Alongside Many Reality Checks.

"are you nervous to see me on your flight?"#marchforscience pic.twitter.com/v1Ma5mhrzU

5. But The Laughter Kept On Coming

6. While The Truths Kept On Tumbling

New post: the best signs from #ScienceMarchLdn plus why I marched & what it was like on the day >> https://t.co/Z42QyFTZhR #marchforscience pic.twitter.com/wsDt3ielOK

7. And Many Were Willing To Go To Great Lengths

8. To Stand And Pose Proudly With Their Signs.

9. These Signs Had Brilliant Deduction Skills

We #marchforscience to ensure that #Science can be for everyone. This marcher helps remind us what that means. Thank you. pic.twitter.com/xNmhIyG35M

11. The Signs Were Honest And Real

12. And Wildly Hilarious In Their Delivery.

14. It Aligns With The Ultimate Feminists

RETWEET if you believe PROTECTING mother earth ? is our No.1 PRIORITY!

15. To Reach To The Depths Of The Sea

16. And Even Predict Simply Clothing Choices.

17. So, Praise Science For Your Good Health

18. And Allow Yourself To Get Angry.

This #marchforscience protestor has a PhD in neuroscience and has a message from Boston
Live blog of today's events: https://t.co/XWalX8nmU9 pic.twitter.com/VvSXqluBOx

Spruced my sign up with a bit of color and now I'm ready to #marchforscience! Note my rock specimens on table 🙂 #actuallivingscientist pic.twitter.com/Na6a28hubb

Among waves of great signs at #MarchForScience , this one: pic.twitter.com/sEd5OjWK2L

21. … The Consequences Of His Actions. 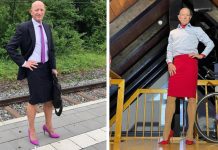 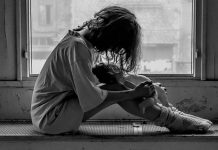