Ooh, it looks like somebody had a rough night! A viral video of a sleepy kitten perched on a mug breaks the cuteness meter, and everyone’s in love. The little kitty seemed exhausted and not too eager to start his day. Talk about having a case of the Mondays! This adorable moment has captured the heart of the internet, with people relating to the baby cat’s tired face, as if looking forward to his daily dose of caffeine. He could even barely keep his eyes open as he comes close to passing out. Thanks to his cute little furry paws, he was still somehow able to balance himself, leaning on to a cup of joe.

The smol kitten is named Taro, and he’s a Scottish kilt Instagram celebrity. He is living in the San Francisco Bay Area, California, with his Maine Coon sibling, Zippo. Together, they have been melting everyone’s heart with utter cuteness! Taro was still twelve weeks old when the video was filmed and had actually recently visited the vet. He just had his vaccinations resulting in some wheezing and sniffling side effects- and, apparently, including the adorable exhausted look. 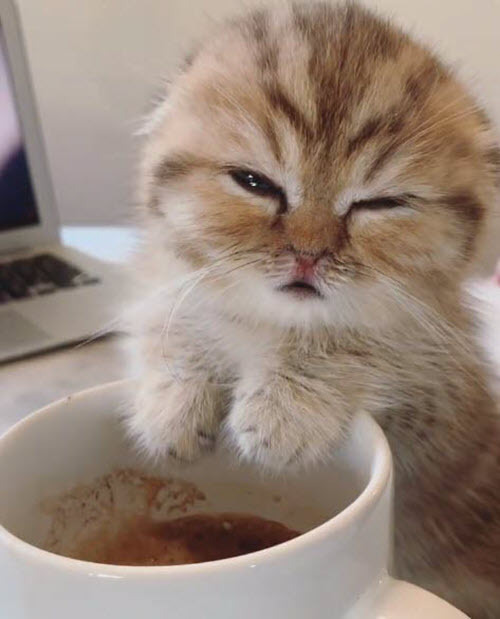 His owner, Tianna Jang, reassured everyone the Taro’s fine and probably just needed a nap. “Because of the vaccine, Taro was sleepy at first, but he recovered quite quickly,” Tianna explained. “Vet told us not to worry, but we’ve been monitoring him closely, and he is puurfectly healthy now and still loves perching on everything,” she added. So, if you’re concerned with this sweet baby’s safety, there’s actually nothing to worry about. In fact, Taro has now gained a few pounds and has grown up to be a healthy and energetic catto. 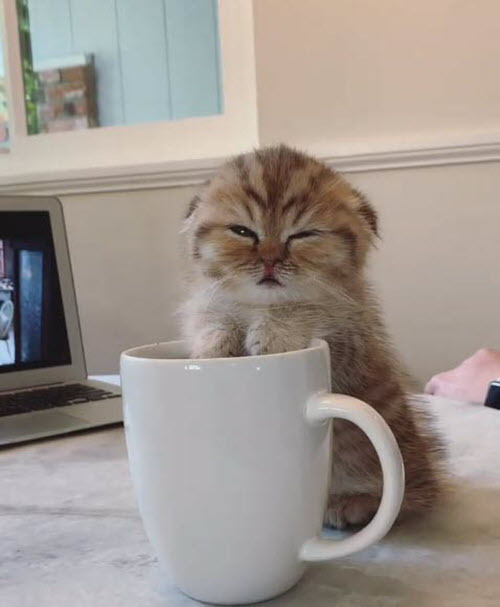 Watch the relatable video, and have your heart swell with Taro’s hilarious charm.

Cats never fail to amuse us and warm our hearts. And this worn-out kitty is definitely no exemption. I hope this lovely video has made your day as it did mine!