In the wake of the murder of George Floyd and the protests across the country, Amazon Prime and Netflix (among other streaming services) have begun offering content related to black history and the Black Lives Matter (BLM) movement. I’ll be focusing on Amazon Prime and Netflix. Here are 10 popular movies out of the many that they have added for your learning and personal growth. Fight systemic racism and police brutality by arming yourself with knowledge. They range from documentaries about black history to fictional movies by black directors and/or featuring black characters. Enjoy, learn, grow, and fight the power.

This is the true story of a man on death row for murder in Monroeville, Alabama in the mid 1980s and the young black lawyer who represented him. This is must watch for anyone who believes that racism is long gone.

This movie tells the story behind the famous hymn “Amazing Grace.” It follows one man in the 1800s trying to fight for his freedom and his great-grandfather on a slave ship 100 years before.

This movie follows the life of transgender activist Marsha P Johnson and the hours leading up to the Stonewall Riots in 1969. This is a must see for black history and for Pride month as well.

This documentary centers around a speech Dr. Martin Luther King Jr. made on television over 40 years ago about the Civil Rights Movement. This movie relates those words to the racial tension and upheaval we are seeing today in the Black Lives Matter movement.

This documentary follows the history of slavery and the systemic oppression of black people through one family’s history. It spans over 400 years of black history in America.

This new Netflix documentary follows Former First Lady Michelle Obama and her life story and her book tour. The book Becoming was critically acclaimed in 2019 and she won a Grammy for her reading of the audiobook.

This 1992 film starring Denzel Washington follows the life and time of Malcolm X. Netflix has included it in its Black Lives Matter collection.

This movie follows the coming of age story of a gay black man in Miami. It is critically acclaimed and won many awards the year it came out. This is a great view for Pride month as well as a good movie about the struggles of the black community.

This Netflix movie based on a true story follows a young Barack Obama meeting a young Michelle Obama for the first time. It tells the story of the days leading up to their first date in Chicago.

This new Spike Lee film found only on Netflix follows five black Vietnam War veterans who go back into Vietnam years later to find some gold they buried in the jungle.

If you view this YouTube channel you will also donate to BLM causes. It plays hip-hop music 24/7. 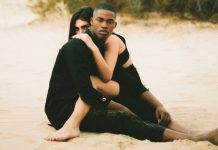 5 Things You Need to Know Before Dating a Black Man 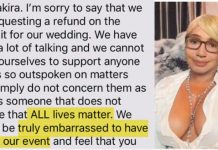 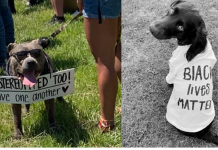