Beluga whales are such amazing creatures, they roam the arctic in packs looking for food and staying away from predators. And with the squishy melon on their heads, they can help locate each other fairly easily. But sometimes, they can get separated from their pods and get lost in the vast cold seas of the North Pole. Such is the case with Tina the Beluga whale. But fret not for this is not a sad story but a happy one! When Tina was a little calf, she got lost in the arctic and never found her family again. She became sad and didn’t know what to do.

Luckily, after incessantly swimming around looking for her lost family, she was rescued by an amazing group of people who took her to a special zoo in South Korea. This zoo houses beluga whales and other marine mammals that were more than happy to take Tina in as their own. When she first arrived, she didn’t want to interact with the other creatures in the zoo at all and was a little bit shy. But that all changed when Tina met her prince charming. One of the zookeepers noticed that Tina was still sad despite being in the care of the zoo. So, he gave her some extra affection and care that she needed. 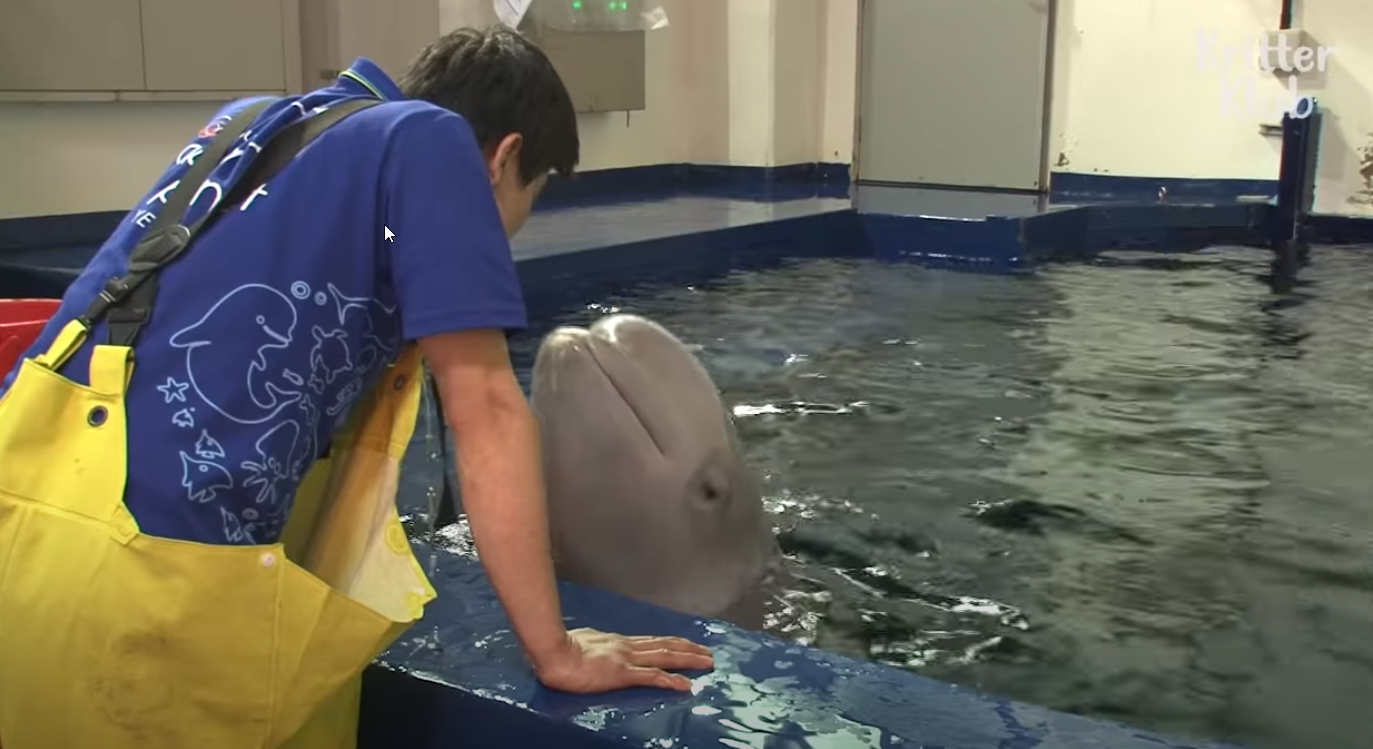 He would pet her often and give her delicious treats. Little did he know that this was making Tina attached to him more and more. Eventually, her feelings for the zookeeper became more apparent. She would always get ecstatic whenever he visits her, even often jumping out of the water to express her glee. But this act is only reserved for her special human. Whenever other zookeepers visit her, she would just spit water at them or completely ignore them. Even other male belugas couldn’t seem to get her attention for mating. 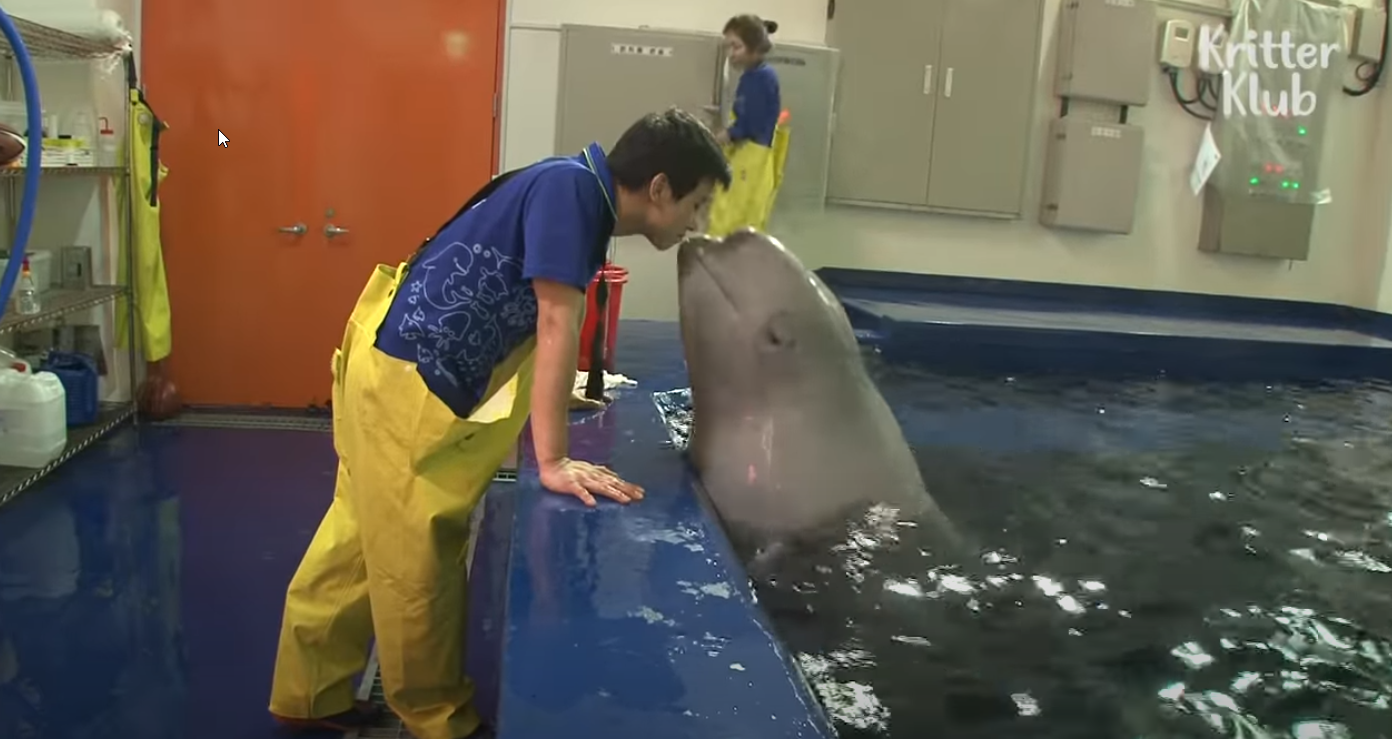 Watch the amusing video below and have a good chuckle at this animal’s interesting attitude!

This love is like no other! What an amazing and heartwarming story. Guess Tina found a home in this beautiful zookeeper who has filled her heart with pure love and joy. It’s too precious!