The Best Stuff Online
Home Fail Who Buys These Things? 17 Outfits You Won’t Believe Are Actually For...
1.4k
ShareTweetStumbleRedditPin
PocketTumblrLinkedinBuffer


The internet is full of all sorts of oddities and fashion is no exception. Practically any item of clothing you want can be ordered, including a few you might not even know exist.

But that’s what we’re here for.

Behold 17 fashion horrors bound to give you a few chuckles. From clear pants to a coin purse that bites you when opened, these items prove that anyone can make money in fashion.

If you’ve ever been walking around and wished everyone could see your knees through your jeans, then it’s time you hit up Nordstrom. While they will set you back $95, you really can’t put a price on high fashion.

"hey, I think all of the hipsters would appreciate see through strips on the knees of cropped mom jeans" pic.twitter.com/SFqlLD5uCS

People who wear socks with sandals need to step aside. Introducing cowboy boots that are actually sandals. Giddy up, folks.

Don’t you just hate it when you’re wearing baggy jeans and it suddenly gets hot? I mean, it’s not like you can check the weather ahead of time. These jeans are designed for those days when you wish you had put on Daisy Dukes instead of your Hammer pants.

For when you’re searching for Bigfoot and suddenly need to take a nap.

Now you can simulate walking through grass in your bare feet while shopping. Well, astroturf.

Be sure to pair these with some denim jeans and a denim vest.

I’m kind of on the fence with this one. It’s an adorable way to make it look as though something is stemming from your body.

Good for Halloween, not grocery shopping.

Pretty sure this violates some law.

A modern day version of the Uggs with shorts look.

For when you want to look rugged without doing manual labor.

Can you believe these retail for just under $2,000?

these gucci sock sandals are probably the most hideous shoes i've ever laid eyes on pic.twitter.com/porgeqBzwN

For when your head gets cold, but not your arms.

Ah, yes. Nothing says ‘summer’ quite like cooling flip flops covered in fur.

Maybe wear these to the gym?

Watch this video for more outrageous clothing you can actually buy. 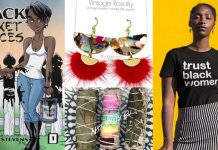 People Imagine What Their Tinder Bios Would Look Like If Their Moms Wrote Them, And It’s Hilarious!

Some Of The Nuttiest Adult Tantrums Ever Witnessed