Wes Anderson’s sets are among some of the best visual treats that anyone who’s interested in artwork will enjoy. What’s even better is when enthusiasts have the chance to check out something that is especially unique. If you’re looking for such an example, you’ll love the watercolor paper diromas based on the sets from some of Wes Anderson’s movies.

The creator of these fascinating diromas inspired by the films is Mar Cerda, who is based in Barcelona. Her backround is in audiovisual design and cinema, leading to her scenographic interest that drives her work.

Her speciality is art direction, which works well with her other artistic skills. The skills that she uses to create these tiny masterpieces include watercolor painting and paper craft.

About the Original Sets

One of the things that makes Wes Anderson stand out is his use of miniature sets for filming many of his movies. This technique, though largely unknown to some, makes use of a technique that filmmakers have used since the earliest days of movie-making. When Anderson filmed the Grand Budapest Hotel, the exterior was actually a 9-foot miniature.

This technique was also used for The Aquatic Life of Steve Zissou and The Fantastic Mr. Fox. Cerda was greatly inspired by his work when she decided to craft these stunning miniatures.

What Are Some Examples of Cerda’s Work?

Mar Cerda has traveled extensively throughout Europe, giving her the inspiration for many of her designs. She is also an illustrator for children’s books, which ive her a brilliant chance to use her imagination.

Examples of her Wes Anderson-inspired works include:

Other works that may interest art lovers include: 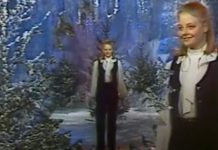