It always feels warm seeing family members on a bonding- may it be making fun, watching movies, doing some activities together, or perhaps singing along together? Everybody’s favorite past time, yes? Like this priceless video of Andrea Bocelli and his daughter in a duet. It seems like Andrea, fortunately, shared his talent with his children. Andrea Bocelli is a renowned opera singer and composer from Italy. He became popular with his unique blend of pop and opera. Bocelli is considered one of the finest artists in the world and the most famous living tenor. Behind his achievements in life, Bocelli has a beautiful and inspiring life story. He was diagnosed with congenital glaucoma when he was five months old and eventually become wholly blinded when he reached 12. 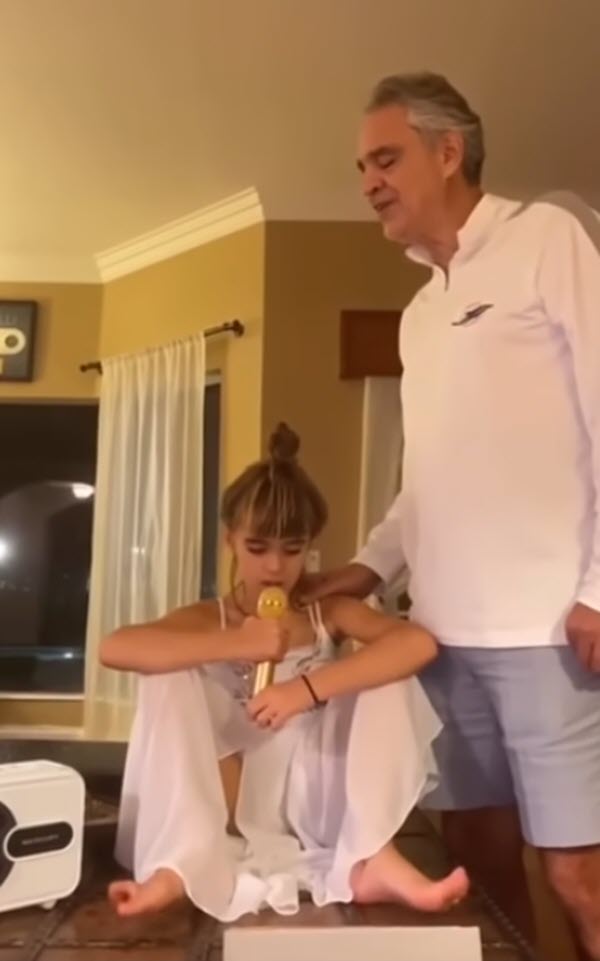 Years after, Bocelli built his family. He is happily enjoying life with his three kids, one daughter, and Veronica Berti, who happens to be his manager. His two sons, Amos and Matteo, were his kids from the first wife. Though we don’t often see how Bocelli and his family live their lives, the internet is blessed with a beautiful duet from Andrea and their daughter, Virginia. In the video, the two are singing Matteo and Andrea’s single from Bocelli’s album. Virginia, on the other hand, looks cool, singing her heart out, sitting comfortably in what seems to be a chest. Bocelli’s youngest daughter appears to be enjoying her karaoke and the talent she certainly got from her father. 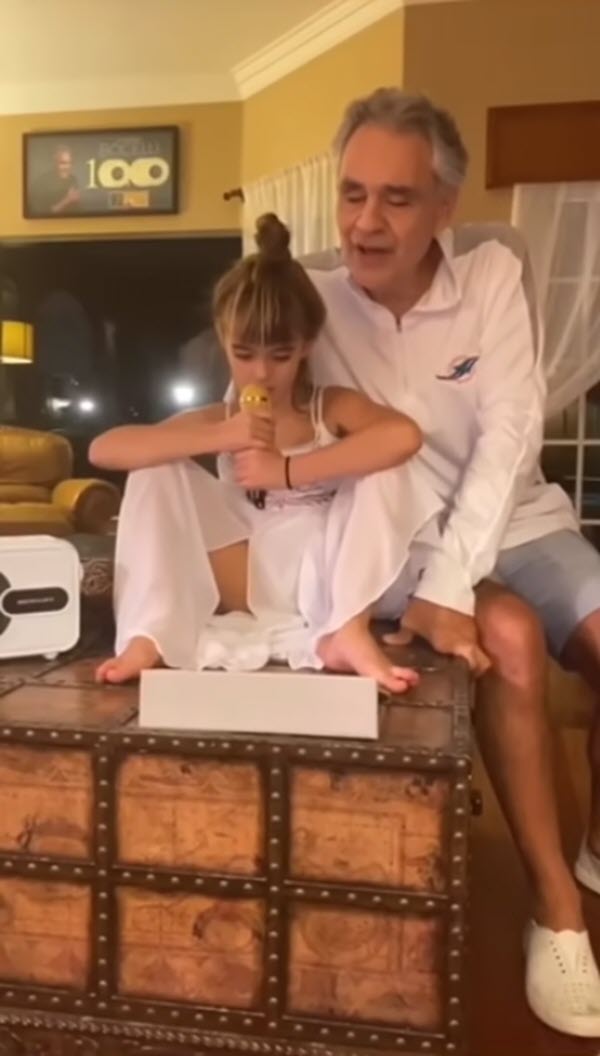 It is so priceless to see Andrea’s smiles while lowkey guiding his daughter in singing. He sings his original piece, and Virginia sings Matteo’s lines. At the end of the video, he hugs and kisses his daughter. In the next video clips, Veronica in all-out support in teaching Virginia the ins and outs of singing. Truly, Virginia is so blessed having Andrea, Veronica, and brothers who were all musically inclined and supportive, of course!

Check out Virginia’s video clips below and witness how well she sings!

We strongly feel that she will soon become a big name in the music industry! A star in the making! 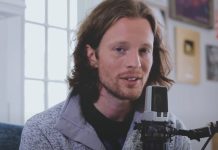