Here’s your daily dose of cute and happiness! A kitten was captured on camera as it escapes the cage. What’s so special about it, you may ask? Well, the brave young kitty went out just to transfer to another booth where its lonely buddy is patiently waiting. Not to mention that the friend in question is an adorable puppy! No kidding! Perhaps the tiny feline was just bored or that the two fur babies have developed a bond being placed beside each other. Either way, the kitty just couldn’t stand being away from its neighbor that it jumped out of its booth and went in the dog’s place. It’s just too adorable!

The incident happened at a pet store in Taiwan called JoLinn Pet House. The small kitty is named Miao Bitie and the playful pup isn’t named yet that time. The pair is actually two young boys both waiting for their furever home. Both were less than three months old at that time and have probably felt a bit lonely without a playmate. And so, when they found the chance to be with each other, they certainly did immediately grab it! The kitten started meowing loudly before finally deciding to do its most-awaited escape plan.

The rebellious fluff went out with all its might- in perhaps the clumsiest and most delightful manner- to play with the pup that’s waiting on the other side. The little doggo also clearly couldn’t hold its excitement and even appeared to be cheering the gymnastic feline. The pooch stood up and held its two paws up high as the furball struggles to get in. Finally, we’re led to the lovely ending wherein the two weren’t separated by the barrier anymore. And they couldn’t be happier- especially the little pup! You can see them playing immediately as the hound’s tail wiggle in glee. 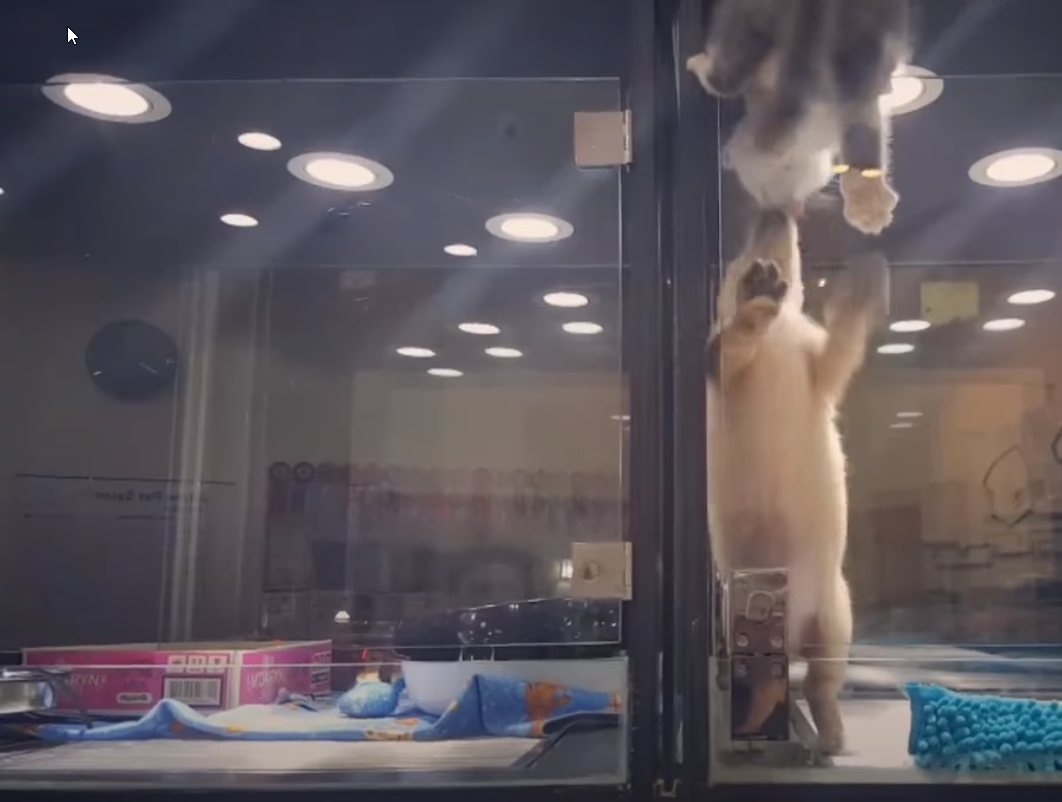 Watch the heartwarming video below that’ll sure make you go “awww”.

Meowsion (mission) successful! This has certainly made my day and I hope it did yours, too!