Domesticated animals and wild animals are so much different that you won’t ever think that they can be put together in any place ever. With the occasional exceptions where animals that are different are placed together, only a few end up peacefully. The wild nature of the fiercer animals would always reign and overpower the domesticated ones. But not this time.

In a video posted on YouTube, you’ll be surprised to see a big lion living peacefully with a dog. Not only that, the fact that the lion can’t even exert his regal stature on the dog is surprising enough. But then, the lion does something that surely is a shock for anyone who is watching. 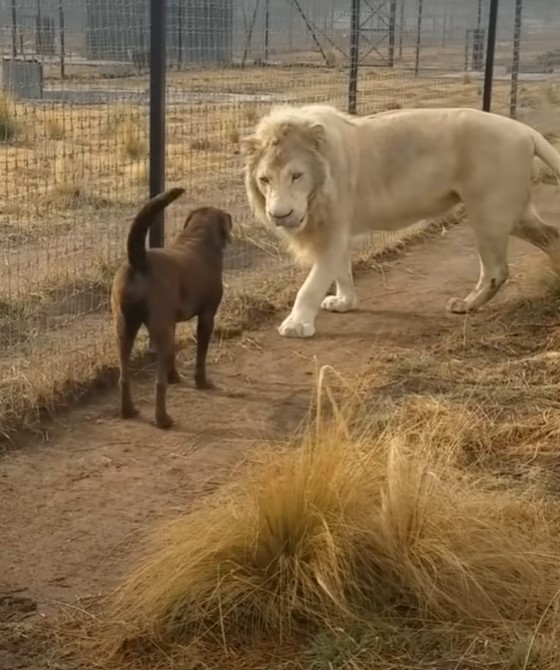 The video started with the dog walking in the direction away from the camera when the fierce lion cut his way. Just when you’re about to close your eyes because you thought the lion will harm the dog, the lion does something amazing. It seemed to be trying to get the paw of the dog in a stance that looks like he was asking for forgiveness. I know, right? What’s happening? 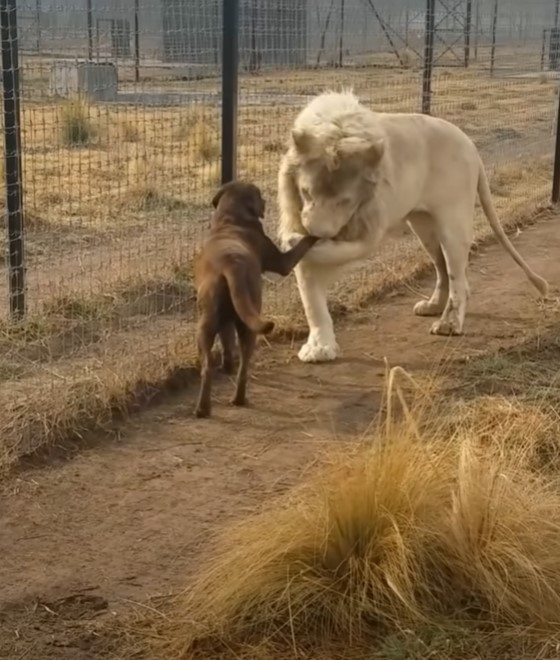 The first attempt of the lion did not go successfully. Maybe the fact that his paws were too big coupled with the fact that the dog seemed to not want to give his paw are the reasons why it failed. However, the lion is not going to give up that easily, he tried to take the dog’s paw again to try to ask for forgiveness.

This time, it still did not go successfully but the dog turned away and walked. Leaving the lion bewildered and looking like it got defeated. What do you think did the lion do to make him ask for forgiveness like that? And what do you think does the dog wants so he will accept the apology?